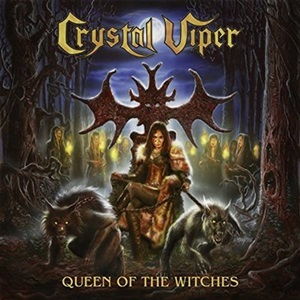 Establishing a foothold in the traditional heavy metal scene through five studio albums while touring fifteen countries, Crystal Viper from Poland took a break following 2013’s Possession effort, due to health issues surrounding vocalist/guitarist Marta Gabriel. Arising after a three year plus hiatus, Queen of the Witches as the sixth studio platter never wavers in the strength and power of the riffs, melodies, screams, and tenacity that embody the spirit of the genre. A conceptual effort surrounding true evil and witches, many will not only enjoy the vivid storylines but also the versatility in arrangements from power anthems to ballads, plus a few special guests to embellish the songwriting.

Marta’s opening falsetto-oriented scream for “The Witch Is Back” welcomes the listener to a rapid-fire riff parade and double bass attack, the sinister chorus rivalling the mid-80’s Chastain days. Veteran groups excel at injecting dynamic surprises that prevent ear fatigue, as the ballad “Trapped Behind” showcases Marta’s restrained and tender lower register during the verses, beyond her obvious piano skills and appropriate pacing. A marching number like “Do or Die” gains guitar assistance from Ross the Boss, the rhythms and small gallops aligning with older Manowar principles, while ex-Venom axe man Mantas adds a sick lead break to the speedier “Flames and Blood”. So much of this material leaps out of your speakers, intoxicating through the right guitar harmony sequences, thunderous bass and drumming tandems, beyond the captivating vocal performance – realistically you are given an album that could have easily come out in 1984-1987, just with the added knowledge and technology/production advances of the current period.

Whether you choose to get the digital or physical product is up to the listener- just know that both the CD and vinyl have separate bonus tracks. Not privy to the vinyl which has Exciter’s “Long Live the Loud”, the CD contains Crystal Viper’s take on the Grim Reaper classic “See You in Hell” – Marta comfortable with Steve Grimmett’s higher register while making their take a little tighter/stronger production-wise than the 1980’s original. From Bart Gabriel’s seasoned production to Andreas Marschall’s tasteful painting on the cover, Queen of the Witches puts Crystal Viper at the top of their game – to the benefit of all heavy metal maniacs. 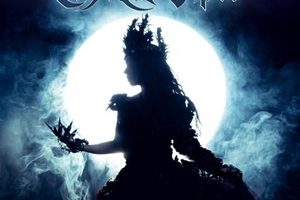 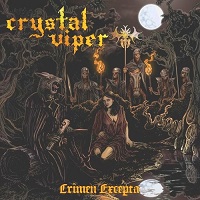 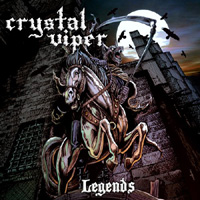