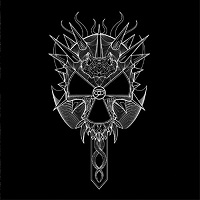 No Pepper, no problem. Now functioning as a trio without longtime frontman/guitarist/band “face” Pepper Keenan, Corrosion of Conformity has veered back to their brash punk-on-metal roots for their eighth album, which is self-titled. The album features the band’s Animosity-era lineup with singer/bassist Mike Dean, guitarist Woody Weatherman, and drummer Reed Mullin cranking some of their most inspired and callous-sounding songs

in a long time. COC hasn’t sounded this pointed since 1991’s perpetually underratedBlind.

Without Keenan, there’s nary a glance at the band’s once-dominant Southern-bred metal sound. With the exception of the acoustic “El Lamento de las Cabras,” the album strikes a mostly punk metal note, perhaps moreso than the trio’s previous Animosity era ever did. Dean’s snippy vocals serve a perfunctory role, serving up mounds of angular political commentary (“Leeches,” “Your Tomorrow,” and “The Moneychangers”), as well as some crafty vocal hooks, as heard on opener “Psychic Vampire.”

The aforementioned “Psychic Vampire” plays on the band’s early rambunctious punk leanings quite well, while the rollicking (in the most literal sense) “River of Stone” is practically guaranteed to be a stellar cut in the live arena. Perhaps the only real nods to the band’s mid-90’s output would be “The Doom” and “Come Not Here,” two songs that could easily slide into the tracklisting for Blindand especially Deliverance. However, both of these songs have (thankfully) a dearth of innocuous lyrical ideas, supplanted nicely by Dean’s formidable vocals.

Even if the band reconnects with Keenan for another go-round, it’s not like they’ll be doing it with their tails tucked between their legs. Rather, Corrosion of Conformity is exactly what the Dean-Mullin-Weatherman trio needed to do to get reconnect with their brash early days. In fact, it’s hard to believe that a bunch of old-timers like COC can crank out an album this inspired. Even harder to believe that it’s been 27 years since the release of Animosity…