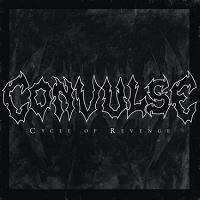 A Finnish ensemble who has already made good on their comeback by way of 2013’s most-excellent Evil Prevails, Convulse appear to be more than capable of meeting the good ‘ole “follow-up challenge” head-on with Cycle of Revenge. Trimmed down to a three-piece after the departure of guitarist Kristian Kangasniemi, Convulse have properly warped their classic death metal leanings into a wholly consumable batch songs that strike early and often, sometimes putting on a mini-clinic on songwriting construction and dynamics. It’s all the more head-scratching why more death metal bands are unable to grasp such concepts. Guess that means Convulse are smarter than most of ‘em.

At any rate, the album’s opening title track is an instant winner. Combining the trad-and-true platform of Finnish DM with a spread of melodies and dare we say “alternative rock” guitar riffing, “Cycle of Revenge” is an early climax. The brute and burly “God is You” pops out even more oddball guitar ideas from Rami Jämsä, who frequently takes the less-traveled route when approaching his riffs. His wah-wah solo on “God is You,” along with the adventurous, jungle riffing on “Fractured Pieces” are convincing shards and shreds of unconventional death metal guitar playing. In fact, it’s almost like Jämsä isn’t a death metal guitarist. He just happens to play in a death metal band.

Elsewhere, additional bouts of manic melody come raining down on “Ever Flowing Stream” (not to be confused with the Dismember album title of almost the same), a song that takes surprising cues from another wholly underrated outfit, Forgotten Tomb. Cycle of Revenge’s righteous end cap comes via “Into the Void,” which weaves whispered vocals, doom excursions, and heavy DM riffing into one cut, thus highlighting the versatility of a time-honored band who appears to have more life and creativity in the second part of their career than anyone could imagine. An album that pushes by its predecessor, Cycle of Revenge shows Convulse are here to hang around to muck things up. 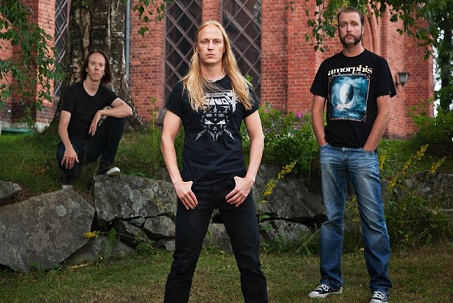 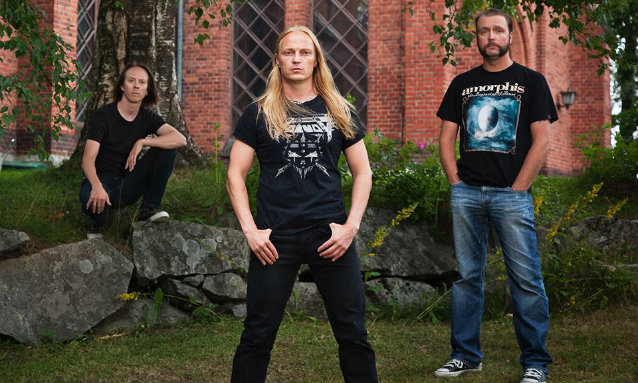 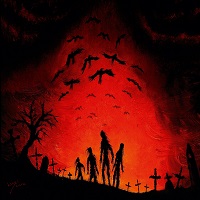