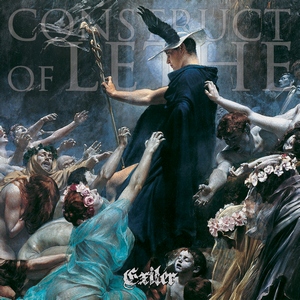 Ever a band that has been able to incorporate a feeling of darkened elegance into their downright gritty and pummeling framework, Construct of Lethe are a real thinking man’s death metal act. They’ve moved from a more modern appeal with their debut (Corpsegod) into more atmospheric pastures for their follow-up EP. Exiler ups the ante with further diversifying their approach without watering down the formula.

Where The Grand Machination took the band into darker waters, with more of a tip of the hat to bands like Morbid Angel and Immolation, Exiler introduces even more suffocating atmospheres (a la Ulcerate), along with some nods to black and doom metal to spice things up. Construct of Lethe’s formula is pretty malleable, and is more than capable of shifting with these new integrations, all still being able to provide a visceral charge when needed. Opener “Rot of Augury” quickly exposes the listener to both the changes and their breakneck aggression. Moments bend between full-throttle blasts and primal riffs to eerie yet shredding solowork and murky atmosphere. Longer songs like “Soubirous” take their time in ramping up the intensity, with sinister and foreboding guitarwork slithering to a climax before taking off. The soloing on the album as a whole is one of the finest treats, sometimes seeming unhinged and chaotic, yet memorable at every possible point. It sits well beside the band’s operating structure of pairing relentless tempos with increasingly unsettling or abstract atmosphere, something that keeps the moments moving forward and adds a shade of sophistication to it.

Construct of Lethe has grown with each new release, and Exiler continues to expand upon what they have done before, while enhancing and bringing in new elements. There’s a level of progression here that should bring even more eyes to the table for the band. For the combination of fury and aggression with dark and otherworldly atmosphere is something that not many can pull off at this level with both grandeur and precision. 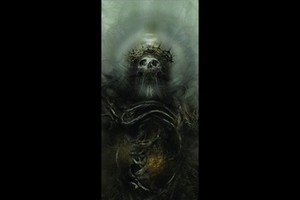 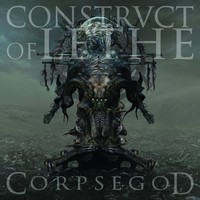