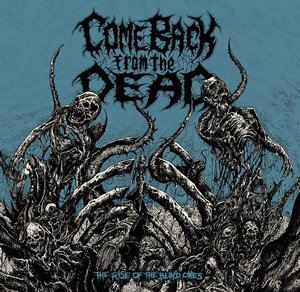 Sometimes old school death metal releases come through the email filter and it’s a matter holding back a shout of “ughh, not again.” Things have been done to death about five times over at this point, but Come Back from the Dead shined on their 2017 EP, Caro Data Vermibus. Their brand of punk-infused death metal took the much-needed fun factor and milked it for all its worth. The Rise of the Blind Ones does exactly the same – except for longer!

All of the positives thrown in the direction of the band’s previous EP still ring true here. A blurring of the old school influences give it a bit of a dated sound (in a good way) but not in the sense that you just simply start rattling off the “who’s who” of early ‘90s death metal. The punk-infused energy does the band wonders and gives it a more raw and unbridled sense of brutality, and they frequently pick up the tempo and just aggressively go, go, go. There’s a lot of piss & vinegar to be had, and tracks like “Lick My Hands Wild Beasts” are a thrill to listen to. The grooves are catchy and thick in tone, with that rollicking timbre that encourages you to move right along with the music (“Jugular I: Heretic Impaler”). They also explore some doomier vibes at times (“Nebulaes of Malevolent Shining”) and they hold attention just as well as their upticks in tempo due to the sense of melody that they add in. The last piece pertains to the vocals, which are a harsh shout (instead of a growl) – again, something that gives the band a little more rage and helps them to stand out in a positive way.

The Rise of the Blind Ones is fun, old school death metal that checks off all the boxes. It doesn’t really draw outside the lines, but instead packs each track with as much energy and passion as it can. 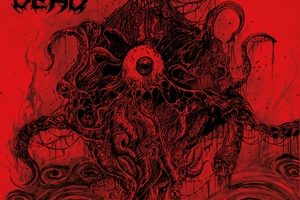