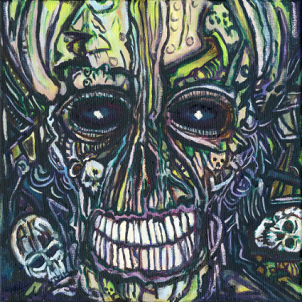 It hasn’t quite come to roost, but wouldn’t it be cool to see a little competition between Conan (the band) and Coltsblood? Both are from Liverpool, shared bassist/vocalist John McNulty, play an unsophisticated brand of doom and have little regard for the preservation of eardrums, apparently. Some healthy press back-and-forth would help shed further light on a pair of bands who approach their music with the delicacy of an anvil on top of a flower. And while Conan may be the more barbaric of the two (had to go there), Coltsblood have at least the good mind to bend a little with their tunes, as found on their second full-length, Ascending.

There’s nary a drop of melody to be had here, which is to be expected. Guitarist Jemma McNulty wields her riffs in convincing fashion, often burrowing them into regions nearest the abyss on the grueling ten-minute “Ascending into Shimmering Darkness” or the prolonged, drawn-out, sometimes meandering “Ever Decreasing Circles.” The idea, obviously, is to play the most depraved form of death/doom possible, and while Coltsblood lack the sort of raunch factor to achieve this, the tonality and squirmy nature of the band’s chord choices certainly leave one feeling like they’re swallowed up in perpetual darkness.

The flipside to all of this is that with uncompromising and crippling music as this, Coltsblood leaves you little to sift through in terms of choice dynamic outliers and catch-alls. Ascending basically sucks you in and leaves you there to wallow (in whatever choice state) and hopes you remember, all the while making it somewhat easy to forget.

The title track of "Ascending Into Shimmering Darkness" performed live at The Chameleon, Nottingham on 10th February 2017. Filmed by Benedict Culm. 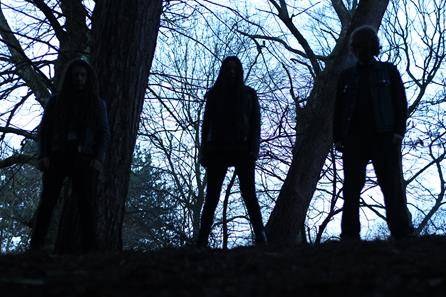