Children of Bodom – Skeletons In the Closet (Spinefarm/Universal Records) 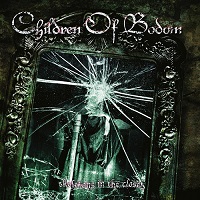 Cover albums…how friggin’ overdone are they? Like, way overdone, so much so, that’s it’s become a prerequisite of sorts. Not like Bodom cares – they’ve been tacking on covers to Japanese special editions for years, only now for them to land on Skeletons in the Closet, which by all accounts, it’s quite the joyous romp.

Seventeen covers here, running the gamut from Pat Benetar (“Hell Is For Children”) to Slayer (“Silent Scream”). They have merit, some moreso than others, especially The Scorpions’ “Don’t Stop At the Top,” one of the Germans more underrated jams that gets the full-on Bodom treatment complete with up-front keyboards and some cool shredding.

Billy Idol’s “Rebel Yell” is always a good time, as is Anthrax-by-way-of Trust’s “Antisocial.” Sepultura’s “Mass Hypnosis” is a bit flat and uninspired, as is Iron Maiden’s “Aces High.” Perhaps this goes to show

the band’s take on 80’s hair metal covers is where they are most effective in this realm, as Poison’s “Talk Dirty To Me” and WASP’s “Hellion” are two of Bodom’s better cover versions.

What was once a novelty has turned into full-on overkill, but like we said – Children of Bodom know how to handle a cover song, unlike a lot of bands

who play it by the rule. Not sure where this will rank on the “must-have list,” and a lot of these songs have been out there for a while. Then again, this is something that can actually be thrown on for the sake (or life) of the party…