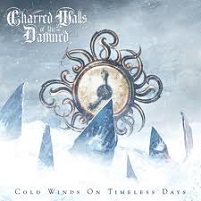 establish a foothold in certain metal niches, their subsequent efforts often receive additional scrutiny. Take drummer Richard Christy, who many know for his latter work in Death, and former Judas Priest/Iced Earth singer Tim ‘Ripper’ Owens, as they comprise half of Charred Walls of the Damned’s lineup for this second traditional and slightly progressive power metal album. Cold Winds on Timeless Days appears to have more of an emphasis on individual strengths and as such is a 12 song

, 58 minute adventure with soaring melodies, charging guitars and a rhythm section in Christy and bassist extraordinaire Steve Digiorgio pushing and pulling for every note with their technical mastery.

harmonies from Jason Suecof not dissimilar to the glory days of Dutch power group Elegy, while the follow up “Zerospan” is a relentless cavalcade of thrash and death riffs against the hyper speed double bass and snare to fill juggling comfort that Mr. Christy displays naturally along with some upper echelon eagle screams from Ripper. “Lead The Way” proves Digiorgio can keep up with the best progressive bassists in the business, often taking the proverbial spotlight throughout the verses and solo sections.

Lyrically tackling a lot of the things Richard experiences in and around the sights/sounds of New York City, “The Beast Outside My Window” begins with soft acoustics and soon mutates into another chest-thumping heavy exercise in furious tight abandon- almost like Helstar meeting Painkiller– era Judas Priest. I also give kudos to the stark cover which conveys more with its softer colors and less is more philosophy.

Charred Walls of the Damned aren’t one of those acts where you’ll get everything on record after the first listen, or even the fifth. But the professional execution on all fronts- arrangement-wise, performance-wise, and songwriting-wise will give Cold Winds on Timeless Days infinitely more enduring appeal. 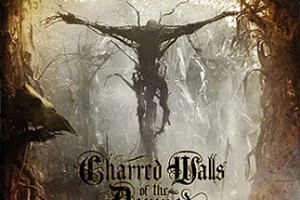