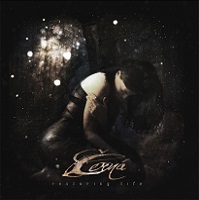 The product of The Omega Experiment’s Cody McCoy (DR had to do a quick double-take to make sure it wasn’t former Cleveland Browns quarterback Colt McCoy), Černá is an instrumental outfit that takes things to a celestial, post, but still very heavy level. If we want to paint with a broad stroke, Černá is like Alcest without the soft and gentle French vocals, with the full-range to put the listener at ease and in a reflective state. The band’s Restoring Life debut is essentially what instrumental metal has been lacking since Pelican jumped the shark, actually.

Self-described by McCoy as “a musical expression of the many elements missing in modern music today,” the musical narrative and flow of Restoring Life is that of like a coming of age story, with resolute peaks and depressing valleys. While we try to stay away from feeling all new age-y and life-affirming, it’s rather easy to get down with the big, sprawling constructs that are “Společně Part I : Shy Sun” and Společně Part II : Laying Down In The Rain.” McCoy does quite the number on riff-building, oftentimes laying one riff on top of the other to great harmonious effect. Then, having the guile and know-how, he drops the bottom out for some serene guitar strumming and moments of sheer atmospheric bliss.

Totally down the transition from gentle acoustic guitars to amped-up post-black metal on “Společně Part IV : Embrace The Stars.” It’s as if Deafheaven, Alcest, and Cult of Luna decided to get together for a picnic on a warm Saturday afternoon (don’t forget the sunscreen!). Never mind that – Restoring Life is sheer bliss to those who feel some sort of ease listening to the aforementioned groups; bands that manage to collide melody and might, who still sound metal, but come to sound awfully dream-like. Put Černá in that club. 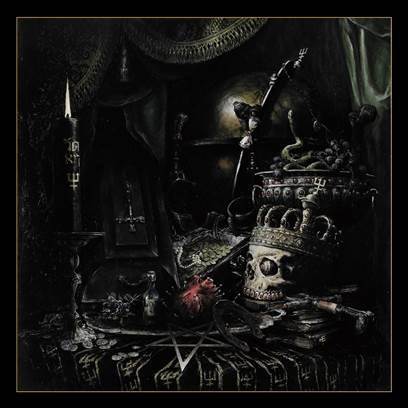