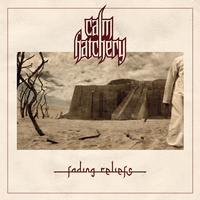 Seeking to add their own name to the annals of Poland’s exceptional death metal contributions, Calm Hatchery have thus far made a name for themselves by producing a potent combination of relentless ferocity akin to Behemoth and technical prowess that echoes of Decapitated and, at times, Nile (not Polish, but still technical). And while Calm Hatchery might not be the most prolific of extreme metal outfits to emerge in the last decade, the staying power of their releases well makes up for any perceived shortcomings in the recording department.

With their third full-length, the group has taken another step in the right direction with exceptional songwriting and dynamic pacing: tracks like “Sun of God” and “Flaming Prophecies” employ knife-edge turns from blasting cacophonies to Eastern-tinged hooks with expert timing, keeping the assault perpetually engaging. Likewise, a sprawling, eight-minute “The Eternal Cycle” is offset by a fast, furious, two-minute “Awakening the State of Bodhi,” maintaining a notable balance at the album’s midpoint. And just when you think you have the record’s MO figured out, a downtuned and more-atmospheric “In the Midst of Nothingness” guides the album to its close (not counting the actual final track, which is a bonus Polish-language rendition of “Bomben Über Warschau”) with arpeggiated riffing and a cleaner, Ihsahn-style vocal approach that differs from the pervasive death grunts.

Pitfalls are relatively minor on this release. The more-complex riffing passages run the common risk of sounding identical amid a blur of notes, but such parts serve mostly transitional roles and don’t overstay their welcome. Also, certain passages between “Illusory World” and “Flaming Prophecies” sound eerily similar to each other, almost identical in moments. This is the only occurrence of such repetition, though, and considering the caliber of riffing, a brief reprise hardly constitutes a crime.

Slowly but surely, Calm Hatchery are well on their way to cementing their legacy in the Polish extreme metal underground. Fading Reliefs continues the band’s tradition of bludgeoning presentation with surgical precision, guaranteeing a thrashing that will leave metalheads both pummeled and intrigued, but wanting more in any case. 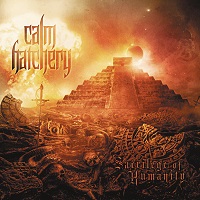