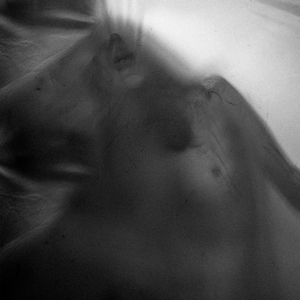 If nothing else, the blackened hardcore movement has shown there’s still some evolution to be had from the abrasive standpoint of traditional hardcore. It can add some atmospheric depth or some caustic venom, ultimately making for a compelling listen when done correctly. Newcomers Calligram attempt to pull off both sides of this equation with their debut full-length, Askesis, and while they aren’t quite 100% there yet, it leaves the listener with a feeling of the promise they hold.

Perhaps what’s most interesting about Calligram is how they can shift between more hardcore and black metal-esque sequences with little difficulty. Balanced opening cut “Della Mancanza” may lay the groundwork for the rest of release, but the two follow-up tracks (“Sinking into Existence” and “Scourge”) end up more interesting in the way they veer back and forth. After an explosive beginning, “Sinking into Existence” settles into some hardcore-esque rumbling in the guitars while the blackened rasps cut like a knife above it. This cut also dips into a bit more atmosphere than the opener, giving a bit of respite from the frenetic beginning and shows the band capable of delivering more than just a sonic beatdown. “Scourge” then feels more traditionally black metal in scope and also swerves into more atmospheric territory in the song’s second half. “Murderess” is a bit of calm before the storm, one might say, before “Entwined” then unloads everything it can into a 1:30 aural assault. The album closes with “Lament,” which also incorporates a solid dose of doom into the band’s sound. It’s a slow burn, and ultimately a bit too slow compared to the rest of the release and feels to stick around a bit longer than it should.

All in all, Calligram shows some remarkable potential to craft a unique sound and vision with Askesis. A few moments of trimming the fat in the more atmospheric segments is all it should take to set the stage for an incredible follow-up. Nonetheless, for now they sit as a band on the rise for their portrayal of chaos and darkness.