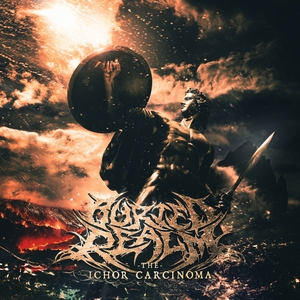 When one reads the list of the guest appearances on The Ichor Carcinoma, it reads like a metal birthday party. Buried Realm mainman Josh Dummer enlisted a ton of metal talent for this debut, with just a few of those names including Chris Amott, Brandon Ellis, Marios Iliopoulos, Peter Wichers, and Bob Katsionis. Shall we also mention the album was mastered by Dan Swano as well?

It’s easy to distract from what makes The Ichor Carcinoma truly great with so many names that one could wax on about. But underneath all the special guests, Dummer’s Buried Realm is a well-oiled melodic death metal machine. Think of acts like Scar Symmetry and Soilwork if you need a comparison. Buried Realm sticks to the heavy though, Dummer himself levying some brutal low growls and rasps on songs like “Unscrupulous” to give them some even harsher tones. It’s catchy stuff though, highlighted by some really fiery leads from the many guests and a knack for groovy and melodic riffing (check out the epic closer “SuperSpell”). From the shreddy “On Serpent Soil” to the groovy “Through These Darkened Halls” there’s still much to absorb melodically. Ryan Strain (Recode the Subliminal) adds some additional vocals on the more melodic side, giving a few tracks like “Aperion I and II” some moments of contrast from the remaining tracks with soaring cleans. Overall, a great sense of balance between these tracks.

There’s plenty of ear-candy to be found on The Ichor Carcinoma – be it in the form of aggressive melodeath riffing, soaring leads, or sheer vocal variety. While it doesn’t stray far outside of the genre realms, there’s only a handful of releases that one can think of in recent memory that execute it with this much passion and finesse. With its time of release, one hopes that the album doesn’t become lost in the mix of fall juggernauts. This is too strong to be overlooked. 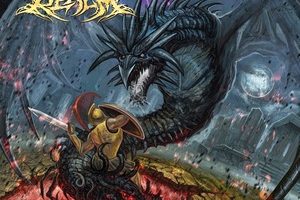