Having a band name of one of Suffocation’s greatest songs off of the classic Pierced from Within automatically gains Brood of Hatred some brownie points before even hearing the music.  It certainly grabbed this reviewer’s attention enough to probe further into the band.  So, the album is titled Skinless Agony.  Sounds gruesome enough, combine that with the Suffocation reference and we must be talking about some NYDM styled brutal death metal right?  Actually, not quite.

Skinless Agony was a pleasant surprise after finally giving it a full listen.  Tunisia’s (yes, Tunisia, not exactly a metallic haven) Brood of Hatred bring a number of interesting perspectives to the table.  This is death metal first and foremost, but not like your generic –‘tion ending bands, rather it’s the dense, murky feel of bands like Gorguts and Ulcerate.  Sure, there are a number of bands that are moving in this direction (though we are all still waiting on that catchy term to refer to it as) but they give it their own spin.  Instead of layering it with techy abandon or an oppressive, caustic sludge, Brood of Hatred opts for some additional atmosphere and a fair share of melody.

No one is going to mistake this for melodic death metal with its overall tone, but the more you listen to Skinless Agony, the more the melodies rise to the surface.  The second track, “The Mind that Emerged” is full of some great melodic leads and ends with some somber riffing that’s sure to catch your ear.  The near 10-minute album centerpiece, “Obsession,” is also riddled with melancholic riffs when it’s not blasting away.  Even the heavier songs, like on the title track, give some room for some light atmospheric moments to phase out the track.

One minor gripe is the use of sampling.  It is trying to tell a story, but used in a few tracks, it breaks momentum.  Some might not mind it though and it’s no reason not to check this one out.  If you wished Gorguts or Ulcerate would be a tad more melodic, you are going to dig Brood of Hatred. 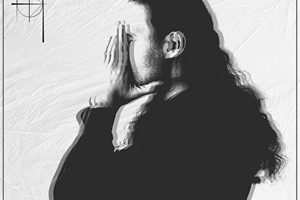