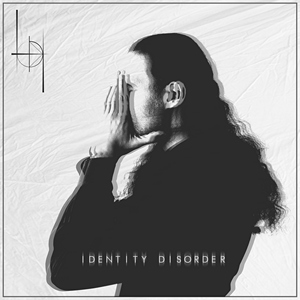 Brood of Hatred’s debut swept in from out of nowhere back in 2014, with a feeling that was more Ulcerate than Suffocation. The one man band of Muhammed Mêlki of Tunisia had no problem implementing some emotion and stirring sequences into his material then, and Identity Disorder does nothing if not raise the bar from last time.

While at this point we are seeing more death metal acts including sorrow and self-reflection as a driving force (Fallujah, Rivers of Nihil), Brood of Hatred still feel different in this regard. The gloom and melancholy present, even when the blastbeats are flying by, has part of its hand tied in towards almost a post-rock/blackgaze vibe. It’s an interesting approach that delivers the best of both worlds in a way – there is some battering ram death metal if you strip some of the atmosphere away, but it is what gives the album it’s emotive resin. “Bipolar” and “Traces” attempt to drown the listener in grief (the latter especially), but there’s enough weighty death metal that it comes off with an eerie sense of balance. Melodies swirl all around, sometimes in delightfully unconventional ways as the songs ebb and flow – indeed ‘brooding’ is an appropriate term for tracks such as “Feeding the Hunger.” Many times the lead work mirrors the glum nature of things, feeling standout without being flashy, simply adding to the vibe. One thing also of note is how full the sound is, even if it does have a raw tone, hearing Identity Disorder with no prior knowledge, there would never be an impression that this is a one-man gig.

Progressive death metal with a ton of feeling and emotion behind it, Identity Disorder is a step up from Brood of Hatred. The songs can move in lengthy and unusual ways, but the emotive core keeps everything moving (and quite intriguing) and pulls the listener in to grab each passing note.