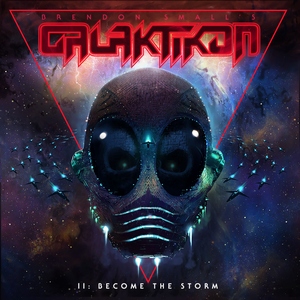 At this point, Brendon Small should be a name that’s familiar to most metalheads. His work on Metalocalypse was inspired stuff – able to toss in an enjoyable sense of humor to a genuinely metal background. Unfortunately, with Adult Swim owning the rights to the name Dethklok, it has since vanished. Fortunately, Galaktikon, a project started during Metalocapylpse’s run on TV, is still around, and Become the Storm has been touted as more or less a new Dethklok album.

Easy to see where that statement comes from. Galaktikon II features Small alongside Dethklok members Gene Hoglan and Bryan Beller, for one thing. The epic and bombastic scale of The Doomstar Requiem is a reasonable launching point from which to think about the sound of this album. A space opera that tells a story of a divided planet coming together to defeat something bigger, it utilizes a number of metal influences to tell the tale. Progressive and melodic death metal immediately come to mind, with a scope that envisions that of Devin Townsend’s first Ziltoid album. It’s an invigorating ride – “Some Days Are for Dying” pulls you in from the start with a strong, galloping riff section and bears more than a passing resemblance to the trio’s former band. But the music always progresses, and it continues to hold your interest, regardless of story-related reasons (though one could certainly listen to the album and imagine it playing out on the small screen). From the playful “Icarus Six Sixty Six” to the sprawling epic “The Ocean Galaktik” all the way to the triumphant “Exitus,” things naturally ebb and flow through a variety of styles/tempos. Outside of the plethora of instantly catchy riffs, Small makes the album really work though using a wide variety of voices to bring to live a variety of characters. It does truly help to give the album a larger scale.

Continuing forward from his previous releases, Brendon Small and company puts on a thrilling performance with Galaktikon II. It casts a wide enough net to not only draw in Dethklok fans, but anyone looking for some high-grade progressive metal. And fret not if you didn’t hear the first album, this is a stand-alone release that will welcome all who seek it. 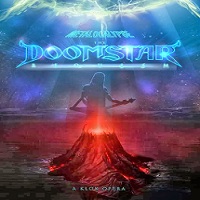 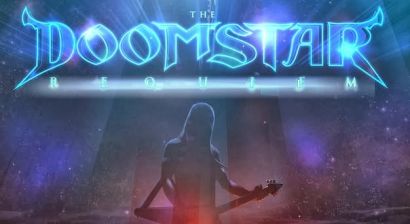 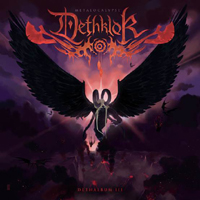 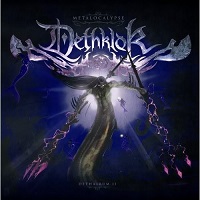