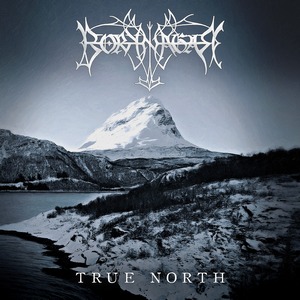 There’s always something special in diving into a new Borknagar album. That unique blend of folk, progressive, black, and more seems to wisp one away into a forest where the possibilities are endless. While it may be true that the band has more or less found their style and stick to their guns, they still offer some interesting twists to the formula, and find ways to up the ante with each new release. True North simply continues this progression.

There’s always been bit of majesty and grandeur to the Borknagar (who can really forget the staggering “Colossus” after all these years?), but what tends to stand out more with True North is a more emotional side as well. “Wild Father’s Heart” and “Voices” have an intimacy to them that isn’t one that is normally associated with the band, and have a certain poignancy to them without veering too far from the ‘Borknagar’ sound. Outside of those two, there’s a feeling of uplift on some of the tracks that seem to what nothing more than to bring some smiles to the even hardened metal masses. “Into the White” and “Lights” being easy examples of this with catchy folk-ish vibes that intertwine with the progyy/black tendencies of the band in such a way that you can’t help but get a bit lost inside them. Rounding things out are some epic length tracks in “Tidal” and “Thunderous” that find ways to shift the dynamic and keep things interesting, building up tension and culminating in some potent moments that longtime fans will enjoy. Given the increased usage of ICS Vortex on vocals (along with Lars Nedland’s usual contribution of cleans), it goes without say, as with any Borknagar album, that the vocal performances lift the band up and help cultivate a bit of that uniqueness that only they can provide.

While there have been some line-up changes since Winter Thrice, nothing has stopped Borknagar from delivering an incredibly consistent release in True North. Borknagar have long established themselves as masters of metal music that doesn’t really fit the particular billing of one particular genre, and True North sets itself apart as a release that charms the listener with its combination of emotional richness and majestic musical payoff. 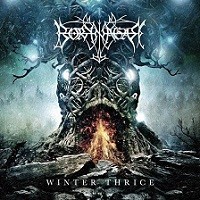