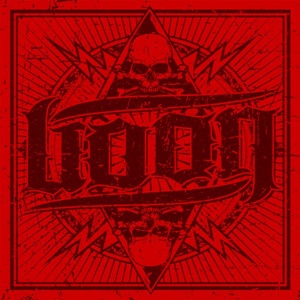 Austrian act Boon first appeared on this scribe’s aural proclivities due to guitarist Ken Straetman, who previously played in the melodic death/thrash act Days of Loss. Together since the late 90’s, they’ve released a series of demos, EP’s and two albums over the years – bringing us to this self-titled third full-length, also nicknamed ‘the red album’ because of it’s blazing red cover art. For some reason when it comes to groove metal, many European bands seem to churn out stronger material than a lot of their American counterparts – and such is the case here.

Streamlined for maximum hook impact, it’s the combinations of addictive, low-tuned chord action as well as solid in the pocket tempo textures that makes each song flow seamlessly to the next. Whether it’s the stunted staccato churn throughout “Shrouded in Silence” (containing a killer a cappella moment midway through from vocalist/guitarist Wolfgang ‘12’ Pendl) or the Life of Agony meets Crowbar swagger of “Geh Weida”, it’s evident the quartet emphasize solid proper build-ups, transitions, and cohesive melodies for total pleasure principles. They can get a little more bluesy and commercial-oriented in a cut like “Way Too Far” where certain melodies and background harmonies evoke that heavy rock radio feel, as well as the stripped-down guitar/drum interplay aspect before the carefully crafted lead break that proves less can indeed be more. Taking a bit of a softer, Wild West-country turn through it’s acoustic supplementation, “Open Eyes” features a guest female duet performance with Amadea that could be another strong connector for Boon followers, the ballad featuring slide guitar action, pianos, and a very soft, melodic approach. As the record unfolds, the grooves keep on slamming in the right way, Straetman and Pendl laying down killer rhythms throughout that cause massive spasmodic body motions and the rhythm section tackles the up and down speed changes like pros (check out the occasional older In Flames twin guitar aspect in “Stand Your Ground”).

Black album Metallica, Pepper-era Corrosion of Conformity, and the aforementioned L.O.A./ Crowbar comparisons could be four musical stew-oriented reference points, but don’t really tell the whole story. In the end Boon succeed because it’s not all about going for the quickest, trend-oriented breakdown – these guys write and perform songs that will stick with you, not an easy task in the modern world.