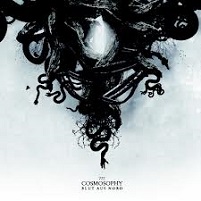 The third and final installment of Blut Aus Nord’s 777 sequence,Cosmosophy is by no coincidence, the best out of the trilogy. Lone dude Vindsval has in the span of a few years transformed his act from a gnashing, proto BM outfit, to an ethereal, challenging beast that has more in common now with the “post” tactics of Isis and Jesu than Darkthrone and early Emperor. And when you take a moment to consider all of the black metal bands that have tried and failed at making this transition, it makes 777: Cosmosophy all the more impressive.

In comparison to its predecessors Sects and The Desanctification, Cosmosophyjuts out vast and spacious atmospheres that instantly recall sorely-missed industrial BM pyros Asgaroth. Like on Asgaroth’s sole album The Redshift, Blut As Nord employ a variety of industrial-tinged elements, most coming via the use of a drum machine that clanks like some type of presser on “Epitome XVIII.” Vindsval has totally abandoned his black metal rasp in favor of a clean vocal croak that sits nicely over top of sprawling riffs and big chord movements, like on album standout “Epitome XVII.” Here, a gentle guitar melody wraps itself around the song’s aloof and forlorn tempo, creating a futuristic, cold, and ultimately satisfying number that is probably the band’s best moment to date.

The dearth of “regular” black metal movements on 777: Cosmosophy threaten to alienate Blut Aus Nord’s fanbase, yet the already-in-place adventurous vibe that was around for the prior two 777 albums should make this one even more easy to digest. In fact, this is the perfect transitory album; Vindsval has afforded himself the ability to move as lateral as he pleases, perhaps even deeper into “post” territory, which as this album proves, is a perfect bedfellow for a band looking to break the shackles of traditional black metal. 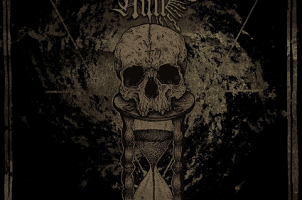