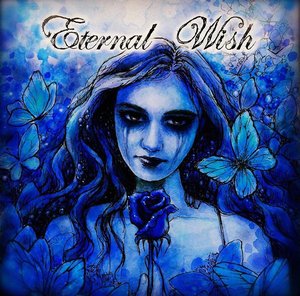 Taking a few not so subtle nods to some varied directions within the more modern side of the metal genre and combining it with some straight-ahead rock gusto and symphonic dreaminess leaves you with something that Blue Midnight have done on their debut album. The California-based act have some solid appeal, though it may not in fact be the metal crowd they are after, even if they are going with the tag of ‘dream metal.’

The ‘dream metal’ tag does work for the band in some ways, but not in terms of their bottom-end. The music is often synth-laced and has an almost whimsical vibe going for it. A few tracks really reel in that floaty, hard rock factor such as “For You.” The vocals also add to this, if you could imagine an Evanescence meets Paramore vibe, and simply put, are the strongest asset the band has going for it. They steal the show, and that’s wherein the problem lies. What sits behind the vocals, more often than not, just feels vanilla and plain. There’s nothing that really pulls you into the music, sans vocals. Even some of the heavier and more uptempo songs, like “Brand New Eyes” or “Acid Rain,” where the band brings in more of a symphonic metal flavor, have few instrumental moments that stand out. This is also where the vocals take a bit of a stumble, with attempts at more operatic vocals that just aren’t as strong or as confident as the more pop/rock driven tracks.

Those more attuned to the rock scene may find more solace in Blue Midnight, as the vocals shine overall. The rest of the music tends to fall flat though – which works for more of a pop/rock driven band, but will definitely stumble with the metal scene, where the demand for a more well-rounded performance is a necessity in order to gain ground and stand out.