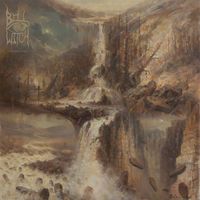 Privy to long, wide-angled, not-too-obvious funeral doom or even just doom, Seattle’s Bell Witch are very much a singular entity in the underground. Comprised of four spacious numbers (none of which come under the ten-minute mark), Four Phantoms could be considered an album within an album, with several songs within four. It will test patience, sure, but that’s the point – it’s not meant to be easy, especially when we’re contending with the non-guitar, all bass action of Dylan Desmond. It’s the proverbial wild card in the mix.

Getting the bass off the ground is obviously key to Bell Witch’s sound. And Desmond’s bass is guffed up with plenty of distortion and effects, which in turn, lead to the idea that he’s playing subterranean guitar riffs. In a sense, he is. The opening 22-minute salvo that is “”Suffocation, A Burial: I – Awoken (Breathing Teeth),” is the initial litmus test, where the space found between Desmond’s bass and Adrian Guerra’s drums is of major importance. But the song’s slow grind, haunting bass (!) melodies, and unearthly bellows make it what it is: Monolithic. However, the gloomy, oppressive mood found on its follow-up, “”Judgement, In Fire: I – Garden (Of Blooming Ash),” is an even better song, with clean vocal chants immersed in a tempo that can otherwise be deemed as “slower than slow.”

Since Bell Witch aren’t the traditional type of funeral doom band, it leaves the album’s remaining songs, “Suffocation, A Drowning: II – Somniloquy (The Distance of Forever),” and “Judgement, In Air: II – Felled (In Howling Wind)” open for multiple interpretations. However, the fact of the matter is that Four Phantoms evades the regular plod-and-bore approach that many albums before it often to tend to gravitate toward, instead, creating its own suffocating sonic mass that is unlike anything to be found in 2015. 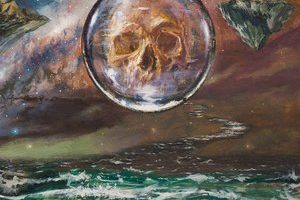 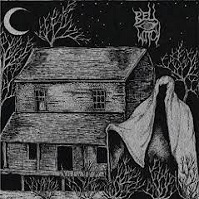