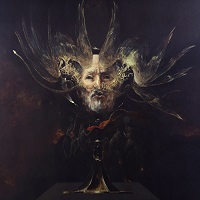 The unsurpassed band that demolish the willpower of all bands that even try to match them, the quartet whose music trample over the souls of the weak, triumph over the heavens, and thunder below Hell. These unholy tyrants brought forth some of the blackest roots in Poland’s extreme metal scene, and over the years, spread the havoc in captivating alliance by millions of minions. None other but the satanic-pagan black metallers BEHEMOTH!

They’ve idolized Satanism in nearly all works by lyrics, art, attire, and all the untamed brutalities of their music that follows. At long last, the demonic prophecy has been fulfilled, The Satanist has arrived. Unlike numerous mediatized groups, Behemoth do not loosely publicize sin, they excavate the striking legacies and profound philosophies of Satan, blaspheming while accurately alluding to biblical passages. “Ora Pro Nobis Lucifer,” as a fine example, recreates the epic crusades of Lucifer’s rebellion in reigns of malevolent psalms. And sounding off trumpeting hellish passion throughout, The Satanist also the features the ominous masterwork “Blow Your Trumpets Gabriel,” the title alone heeds warning to the heavens and awakens the fury of the Leviathan.

Are they possessed by demons or dexterous dark angels? They made a wise choice when changing their name from Baphomet to Behemoth, though the deity of Azazel is magnificent, Behemoth hold the ferocities of the beast. Vicious and sharp with not one hint of scuffle, Nergal is sanctified as a harsh vocalist as he thunders his naturally wicked throat, roaring sacrilegious lyrics in pervading breaths of the infernal as if he were the priest of Hell or Satan himself. Nergal and Seth’s double-razing guitars rumble with the head-banging beats of Inferno’s tribal-cult drums, whirling in the rampaging rhythms of Orion’s bass, plus guest Michał Łapaj on the majestic Hammond organ.