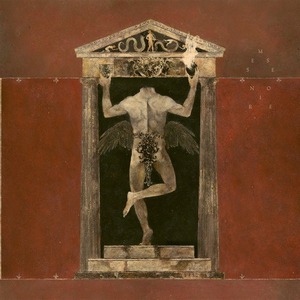 Without a doubt, Behemoth’s 2014 opus, The Satanist, was a landmark for the band. They’ve seemingly toured incessantly for it ever since its release, and many have been singing the album’s praises since its release. So it seems rather suiting that as the cycle is coming for a close on the album, that it’s given the official live treatment in the form of both a CD and DVD/Blu Ray.

In an age of YouTube video streams and visual content to be found all over the Internet, there needs to be a certain level of spectacle when viewing a live concert from the home. This is clearly not a problem for Behemoth, who seem to ooze spectacle from the opening moments of “Blow Your Trumpets Gabriel” to the final notes and crowd cheers of “Be-he-moth” at the end of “Chant for Ezkaton 2000.” Some fantastic lighting, plenty of smoke, fog, and fire, and a frantic crowd provide all of the necessary ingredients for a prime viewing. The grim atmosphere is completely fitting, and the band is clearly at the top of their game as they unleash intensity and charisma upon the audience. The highlight (and selling point) is that of seeing/hearing The Satanist in its entirety, and it’s given this scribe a fresh perspective on the material in seeing it performed the way it was intended. In addition to said album (seen in both , those who check out the DVD will also see some choice favorites (including “Conquer All,” “Slaves Shall Serve,” “Ov Fire and the Void,” and “Pure Evil and Hate”), providing a nice snapshot of the act outside their most recent effort. On a final note, it’s nice to see a live DVD come out that doesn’t constantly pan between shots and gives time to breathe – making it seem like more of a live experience and less like a music video.

Hard to ask for much more in the live department than what Behemoth offers on Messe Noire. A top-notch audio and visual experience, and one that not only holds up to the source studio material but enhances and enriches it.