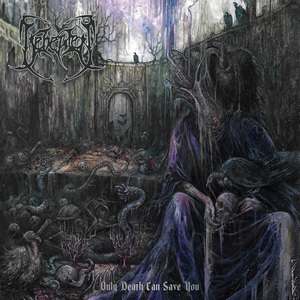 While Beheaded has never really been one of the most noted death metal bands in existence, they have always been one of the most dependable. While they had a bit of a lull in the earlier part of the decade, the band is returning much quicker after 2017’s Beast Incarnate. Said album took the band’s formatting and updated it with a more modern spin on extremity, which Only Death Can Save You continues in a way that will beat you over the head, but have you savoring each second of it.

What makes Only Death Can Save You tick is its ability to meld more traditional elements of death metal (many of the Suffocation-esque) and bring in more of a Decapitated-type attack with punishing grooves (see “Embrace Your Messiah”). While it’s somewhat of a straight-forward design that often relies on adrenaline and speed, the band keep it intriguing. It’s intense, and the first few listens are bound to knock you back at bit. Inside it all though are some melodies, particularly some solos, that are catchy by genre standards (a la “A Greater Terror”). With some of the groovier tracks, the mid-tempo crunch is pretty solid (“The Papist Devil”) and offers a nice respite from the otherwise bludgeoning tone. One thing that stands out a bit is the vocal approach. Instead of the usual low growls, the more barked/shouted variety are used, keeping the lyrics more audible and delivering more of a visceral approach that fits well with the emphasis on speed.

Serving up brutality and memorable riffs in a dependable fashion, Beheaded are at top form on Only Death Can Save You. The whirlwind is almost nonstop, but even at near 40-minutes, it’s never a bore – something that is proof-positive of their strong songwriting abilities and overall experience in the genre. 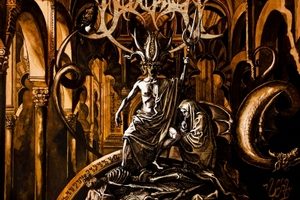