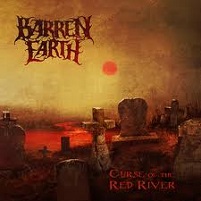 More supergroups. A supergroup here, a supergroup there, yadda-yadda. This is what happens when musicians

get bored – they find similarly bored musicians and take the easy way out by paying homage to a classic band/sound/style. Barren Earth (who comprise of several “name” Finnish metal musicians) merely scratched the surface of their capabilities on last fall’s Our Twilight EP. All this did was set up the much more exciting Curse of the Red River.

By all appearances, Curse… wants to lean more toward the progressive side of things. And when it does (see: “Curse of the Red River,” “The Leer,” etc.) it blankets the melo-death template that could have easily popped up. Going such a path would place Barren Earth firmly in Insomnium territory, but ground is very much covered by the emerging Finns. Singer

Mikko Kotamäki has his fair-share of Pasi Koskinen (ex-Amorphis) moments, namely on “Our Twilgiht” and “Deserted Morrows,” but sticks with his hefty bellows for the better part of the proceedings.

The album starts to take form around “Flicker,” which is probably the best jam here; a keyboard/organ driven number courtesy of former Amorphis keyboardist Kasper Mårtenson. “Flicker” travels down some familiar, Elegy-cobbled roads, resulting in an extremely memorable track that almost overshadows everything else. Additional highlights include the groovin’ “Ere All Perish,” and acoustic-driven “Cold Earth Chamber.”

Curse of the Red River won’t make anyone tuck away their copies of North From Here or even nip at the heels of modern-day Amorphis and Insomnium, but it does draw a line to the past, a line that most of us are familiar with. Something like this is not supposed to be revelatory anyway. However, rank Barren Earth in the “keep” section of supergroups. Hopefully they won’t bite the dust early… 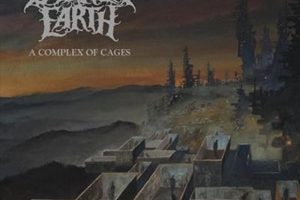 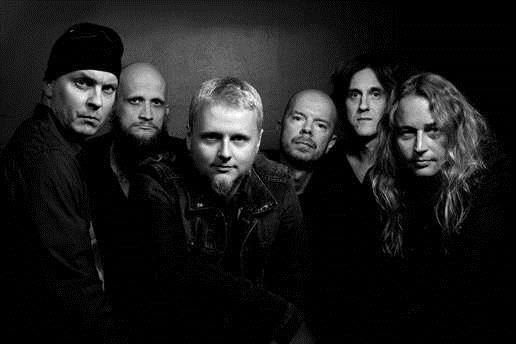 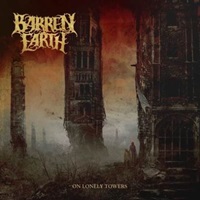