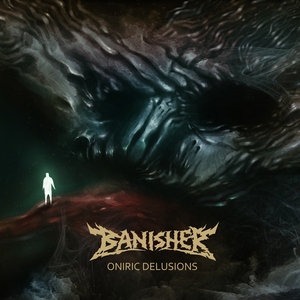 Even with the globalization of metal over the years, certain countries still immediately call to mind a particular sound, if you will. Norway is viewed for black metal, Sweden is viewed for melodic death metal, and Poland – Poland is the go-to if you want to hear relentless brutality. Something that Banisher is proud to continue the tradition with on their third album, Oniric Delusions.

Following a modern death metal template, with plenty of outright brutality (with some melodic underpinnings), Oniric Delusions doesn’t really reinvent the wheel so much as polish it with a heavy coat of shine. One of those short, sweet, and to the point mentalities – each of the seven tracks manages to peel flesh from the listener while making it a surprisingly memorable experience. Riffing is the key for the most part, pulling in the listener with frantic speed and abrasive tones, yet making it somehow accessible. Banisher’s death metal roots are never called into question, but tracks like “Notion Materialized” and “Human Factor” have some gorgeously melodic leads – offering some added dynamic that will stick with you without compromise. On the other hand, “Synthetic Euphoria” is a real barnburner, going straight for the finish line with that Polish spirit flowing freely, showing the band has a real handle on knowing when to pull out the stakes and just steamroll into oblivion.

Just the right balance of extremity, technical chops, and subtle melody, Oniric Delusions should appeal to the death metal crowd as a whole. Banisher has stepped their game up over the course of three releases at this point, and now seems poised to make the jump into the ‘big leagues,’ per say. Brutality with a side of melody seems to be their specialty at this point, and it’s hard to not see this catch on.