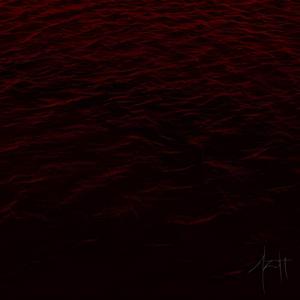 Sometimes a release opts to ease the listener into the experience with a lengthy, slow-burning swell. Sometimes a release opts to cleave the listener in two getting straight to business. Magnitude of Extinction, an EP that falls distinctly into the latter category. Space-flavored post/atmospheric black metal that was originally released digitally in the middle of last year, it is here given new life and a physical release by Vigor Deconstruct (and for yours truly, served as a second tape purchase). We all cave eventually, I suppose.

Of course beyond the song titles, the listener would be forgiven in deriving a particular thematic focus as apart from middle track “Černâ”, the release is entirely instrumental. The vocals are indistinct and buried enough that while I don’t doubt lyrics exist, they’re largely unnecessary. On opener “Worlds Upon Worlds” the absurdly intense drumming (Vitriol’s Scott Walker is here and he dominates the fast passages) is what will have the listener’s attention and this is similarly embodied in the almost blackened death metal stylings of closing “Seabringer”. Post-elements exist throughout but are tasteful and even the longest tracks (of which there are only five) never come across as meandering.

Magnitude of Extinction doesn’t feel quite like a demo but it does feel developmental in scope, the band experimenting with potential avenues for future growth. Whether they decide to maintain being predominantly instrumental in the future or not, there’s a solid foundation present. All one can hope for is more given the general liveliness of the PNW scene and Vitriol’s 2019 successes.