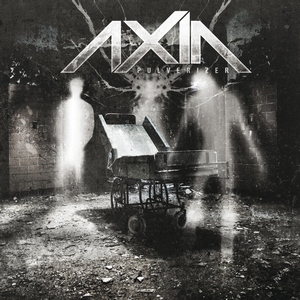 As noted on Axia’s official website, Pulverizer was ‘tailored according to the drama of being alive.’ One has to imagine that the lives that this Portuguese act live are pretty frenetic (at least a bit more so than this writer’s). The album is aptly named regardless, with a whirlwind of fury being the best description of what Axia has put forth here.

Falling in a bit of a gray area between grindcore, death metal, and hardcore, despite the often chaotic speeds, Axia have quite a bit going on. With the mostly short cuts, mostly around a minute or two each, one might expect a mind-numbing grind until the end mentality, but Axia’s varied influences offer quite a bit of punchy dynamics. More blasting and frantic cuts like “Fading into Nothing” and “Forward Leads Nowhere” easily fit the grind bill, but pounding grooves and sinister vibes infiltrate other tracks like “Still Resolved” and provide a much more well-rounded piece of extremity. The groovier sections allow for some needed memorability to soak in, and often leave a hook in your mind after they’ve finished despite their sheer heaviness. It also gives the faster stuff a boost, and allows it to feel more visceral and unhinged.

Volatile and primed to erupt, Axia bring both grind and groove into a seamless unity on Pulverizer. Scorching stuff that maintains more than meets the eye in many ways. There may be 21 songs in 32-minutes, but they have tapped into a way to stay abrasive without becoming a total blur. Let’s see where they take it from here.