Autumnal – The End of the Third Day (Cyclone Empire) 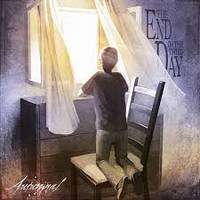 Immediately identified as a close cousin to Italy’s hit-or-miss The Foreshadowing, Spain’s Autumnal engage in the sort of dramatized, lots-of-tears-falling melodic Goth that just like we said, can be hit-or-miss. The beauty behind such metallic Goth torch-bearers like early Anathema, Katatonia, and My Dying Bride were that while they were certainly sad and/or downtrodden, you didn’t get the feeling they were trying to ram it down your throat. As in, it didn’t feel forced. With Autumnal, some of the stuff found on their The End of the Third Day sophomore effort feels a smidge contrived, making one wonder how many tears were actually shed during its recording…

The syrupy, Spanish Peter Steele vocals of Javier de Pablo are often the biggest question mark pertaining to Autumnal. Being how prevalent they are across numbers such as “A Tear from the Beast” and the oddly-titled “One Step…and the Rest of Our Lives,” they’re a bit too pouty for regular Goth metal goers. Strange, considering the man’s growls are infinitely more formidable and well-placed in the band’s compositions – usually it’s the other way around. Nevertheless, lots of long songs to be found, with ample violin action (see standout “Man’s Life is the Wolf’s Death”), and even a cover of Supertramp’s “Don’t Leave Me Now.” (What, they didn’t feel like doing “The Logical Song?”)

For all of our intermediate grips pertaining to The End of the Day Third Day, the album does have a relatively high stockade of moaning melodic riffs and atmospheric pauses. These elements, coupled with the band’s ability to drag out their songs into quasi “epics” certainly gives Autumnal the credibility needed to hang in Goth metal circles. But really, these guys are just a step behind The Foreshadowing, who haven’t had their act together since their debut hit in 2007. 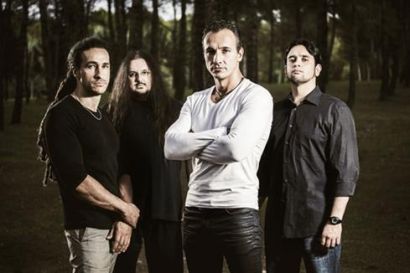