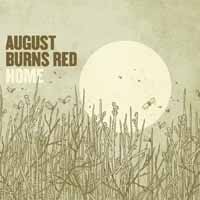 About as unimaginative as cardboard, and looking as metal as yours truly did when he was in kindergarten, Christian metalcore titans August Burns Red have accumulated a strong following and sales numbers through the usual run of relentless touring and good timing. Several listens and viewings of Home reveals ABR to be as generic as they come, so that’s not really the primary selling point of their second visual foray. Rather, it’s how friggin’ nice these guys are. Like, too nice to be in a metal band. Way too nice. Seriously, too nice.

A two-disc set complete with a full live show, the visual portion consists of a professionally-shot live show in front of the band’s hometown in Manheim, PA. As stated above, no one looks less metal as these guys (polo shirts, really?), but hey, the kids go bananas for songs like “Back Burner” “White Washed” and perhaps their only tolerable song, “A Shot Below the Belt.” Beatdown after beatdown (very forced, definitely) and stolen Swedish riffs are the nuts and bolts of ABR’s sound, so we’re left scratching our heads why they’re so popular. Maybe it’s because they’re such nice guys.

The documentary portion of Home is more revealing, complete with fan testimonials (always a good idea) and usual tour shenanigans, although “tour shenanigans” for ABR means riding around on scooters through Atlanta. Look out! Better yet, there may not be a single swear word uttered throughout the thing. Anyway, additional moments of note include a trip to a Mets baseball game, a dip in a lake in Salt Lake City, and a day in New York City. All of this is such a contrast from normal metal documentaries that it’s bemusing, in a good way.

The reality of Home is that it’s totally professional-looking; perhaps a cut-above most metal DVD releases. There’s this grassroots feel to it that makes it no wonder why the Christian metal crowd loves these guys so much, andHome is purely a reflection of that. Now, one has to wonder how many times these guys get mistaken for kind-hearted frat boys than a metal band. Probably a lot. Nice guys finish first in Christian metal, don’t they? 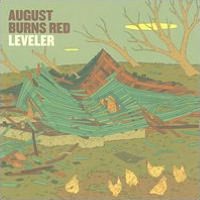