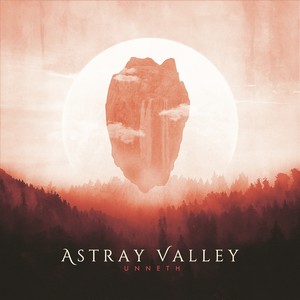 Gradually building up a band profile and evolving their sound since 2015, Spain’s Astray Valley are now set to release their first full-length album. In moving towards a more proggy and atmospheric sound, they find themselves at the cusp of more uncharted waters with their modern melodic death metal vibe also reverberating through the music. If they step forward in the future, they should be really onto something based on how Unneth works.

As mentioned, Astray Valley are thankfully not a band that one can simply slap a simple classification onto. There’s some moments of urgency within their sound, and it’s one that has a melodeath influence behind it, as “Hollow” quickly sets the tone with this. Some prog permeates as well, of the more modern variety. But it’s not all that simple, as they don’t go too long before shifting into more atmospheric tendencies. You can hear it in the interludes (of which there are several), but they are just as quick to sprout up in the songs themselves. A song like “The Wilderness” opens on a more somber note before quickly bringing in some more melodic elements, thrashy tempos, and heavy grooves to the table. But as soon as you feel you’ve figured it out, the music dips into a more ethereal sounding chorus. “Singularity” and “Water of Skylah” work in the same manner, delivering uplifting and dreamy moments amid more savage ones. The only truly mellow (non-interlude) track is that of “Obivion,” which gives the listener a bit of respite just before the album closes in a stunning fashion. Vocalist Clau Violette is a big reason these tempo changes work, switching on the fly from more primal screams to soaring clean ones, along with the solid transitions the band weaves in.

Unneth has some potential to thrust Astray Valley forward. While some of the patterns can start to become predictable, they continue to stay just as compelling. Given it’s the band’s first full-length, its also an area that will likely show some growth next time around – in effect making them even more deadly.