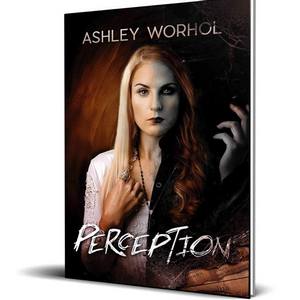 First introduced to Ashley Worhol through Worhol’s latest video for the song “Already Forgotten,” which naturally led to checking out Worhol’s debut The Awakening (released earlier this year). Clearly, Ashley is hard at work in becoming a force to be reckoned with, both within the music scene as well as outside of it, with her book Perception now hitting the stands and showcasing even more sides to her talent.

A vehicle for both poetry and photography, Perception isn’t merely a piece to be simply read and forgotten. There’s some incredible depth to the visuals as well as the written word, which is always expressed in stunning form. Simply put, it’s worth it just to experience thumbing through it and looking into the visuals of each page. All of the poems are lovingly detailed in their form and design. The layout and presentation offer a rich and inviting space (as well as some mystique when called for). Then there are the photos to accompany each poem. Worhol herself is front and center, with a cinematic feel to each one – ranging from fairytale-esque to dark to inspiring (they almost look like they could be movie posters). As with the layout, each of the photos seems to tell a tale of its own, and can work as a standalone image or an enriching supplement to the written word. You can easily just look at each photo and craft an entire story of your own, if so inclined.

In terms of the written word, it holds up equally well to the visual aspect of the book. The introduction itself speaks volumes, with Worhol inviting the reader to come to their own conclusions about the work (their own perception, of course) as she talks about the book’s inception. The poems themselves have an almost whimsical flow to them at times, (starting with “Weighted Water”), and offer several layers in which to read and interpret the material. Some elegant rhyming schemes and vivid attention to wordplay can be found as you go through it, both of which help in drawing you in and visualizing the material (outside of the already discussed presentation). There’s some darkness and stark looks at reality (such as “Eye of the Beholder”) but the overall message is one of hope and overcoming the obstacles in one’s path, at least that’s this scribe’s takeaway. Which is in turn the strongest feature here – it’s not the type of book to read it through simply once. The more you wish to analyze and interpret, the richer the bounty seems to be in the long run.

More than just a breezy afternoon read, Perception is a book that deserves to be experienced. Flip through and bask in the photos and the artwork, sit down with the poems and design your own interpretation, and allow both sides to take you on a journey. One that’s both cinematic and heartfelt. No matter your takeaway from the material, it’s a trip well worth taking. 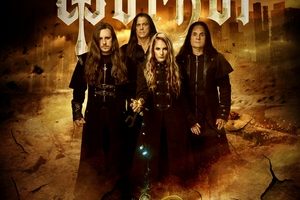