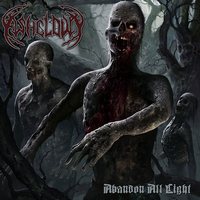 2-member death metal, with the parties involved hailing from Sweden and the UK, gives a pretty good explanation of what you are going to find here. Any guess as to which nationality has the higher percentage in the mix? Of course, it’s Swedish death metal! For what it’s worth, there is a small dose of straight ahead death metal a la Bolt Thrower and crust/punk but the impact is more subtle when compared to that of say, the ‘classic’ Swedish approach.

The sound of Ashcloud does everything an old school Swedish death metal album should. There’s subtle melodies that allow some differentiation from the brutality (“Drowning in Your Own Blood”), there’s some suitable d-beat drumming patterns to add to the crust/punk feel (“Watch Your Children Burn”), and of course, large doses of buzzsaw guitars (“A Hundred Years of Darkness”). There’s even some doomy, sludgy opening in the form of “Under Dodens Vingar (pt. 1)”. It’s a format that has been tried and true over the years, and Ashcloud has all of the tropes down to a science.

There’s nothing particularly wrong with Abandon All Light, but as a debut, it fails to really find any space of its own. There’s far too much of this same material flooding the market to really make this one stand out from the pack. The band needs to focus more on making their own niche with album number two. That being said, if you need a new Swedish death metal fix, Ashcloud delivers all of the goods you crave as long as you aren’t expecting any left-hand turns or surprises. 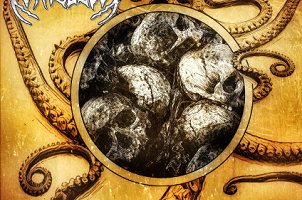