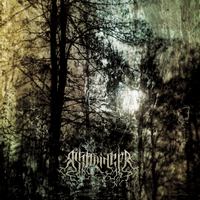 One-man black metal. By this point, you know the drill pretty well. Instantly, images of trees and mountains, and blast beats come to mind. It’s okay, we are quite familiar with the sensations ourselves. But that’s why when an album that’s more enjoyable than the rest move through the DR pipeline, the compulsion to share the perks with the rest of (metal) society is hard to ignore.

To start things off, a bit of Internet sleuthing brought about the discovery that the singular being behind Ashbringer, Nick Stanger, is a mere 18 years old. With that idea in mind, it’s a bit more impressive to see the layers of depth that Ashbringer really brings to the table with Vacant. Again, everyone and their family are quite clear on what atmospheric black metal is and is not, but Vacant stands as one of the more compelling cases in recent memory. Sure to draw comparisons to the best in the genre (read: Wolves in the Throne Room, Fall of Rauros, Agalloch), it’s the one simple bit that keeps Ashbringer a bit more involving, and a bit less drowsy. For one, the songs (for the most part) don’t push beyond the 10 minute mark, keeping just a slightly tighter lid on the focus. But the real catch is the way that the more black metal themed areas maintain the gloomy aesthetic while going for a more, dare it be said, energized and almost upbeat angle. Amiensus would be a good comparison on this end of the spectrum. Even the acoustic/atmospheric pieces keep a bouncier approach (see “With Vacant Eyes”).

With everyone trying to jump into the forest-y black metal game, it takes a lot to impress this writer. But Ashbringer serve up a great case for propelling the genre forward, but just introducing a few tiny injections of energy to keep the listener on their toes. Great stuff!