The promo copy of this comes with a blurb just under the band logo that simply states, “FEAT. Burton C. Bell.” A few small words which carry with them a lot of history and lumps Ascension Of The Watchers’ debut with a sufficient burden before the disc’s even come out of its sleeve. As the frontman with the influential, unique and once upon a time, massively popular Fear Factory, Bell has a lot of history behind him. His blending of harsh, rough vocals with melodic, semi-operatic ones was something that was rarely done at the time, especially in the industrial/metal genre in which Fear Factory flourished. It’s a burden that almost cripples The Watchers from the outset.

Having done away with all the metal elements that he’s famous for Bell has taken a much more atmospheric, mature stance with this release, one which may not sit too well with fans who were expecting more of the same from him. Opener “Ascendant” sets the tone for the rest of the record and, unwittingly for the listener lets it be known that there’s going to be few of the familiar elements here. A heartbeat-like rhythm slowly pumps, under a spoken-word sample, while airy, Vangelis style sci-fi sounds whistle past, like conversations caught in the wind, Bell’s voice eventually coming in, spoken and soft. The heavily textured, desert-like sounds, which hold court on the semi-acoustic ‘Evading’ reinforce that this isn’t anything like what you’ve come to expect from him.

Honestly, on the first listen I thought Bell had completely lost the plot. I thought the clean, sometimes strained vocals running the whole way through were at times poor, that his voice had changed and wasn’t as strong as it once was and that the cover of Simon & Garfunkel’s “Sounds Of Silence” was a bad joke if nothing else. A few days later, one very late weary night, this was back in the CD player and it revealed itself for what it truly is – a very good, gentle, soothing yet sometimes, difficult record. Anyone’s whose into the less distorted, yet no less emotional end of the metal spectrum, think of the last Ulver record as a prime example, well those people will find much to enjoy here. The dusty, heart-on-sleeve “Canon For My Beloved” is a real open, straightforward lyric. Backed by gentle drumming and minimal guitar it’s a mature love song, acknowledging respect, support and ultimately, of course, love. As is the gentle, lullaby “Violet Morning,” a love song for Bell’s daughter that is run through with emotion, his voice not perfect but suiting the feeling perfectly.

By the time you’ve listened to it a few times the rolling ‘Moonshine’ is no longer a shock and you realise that a lot of the songs sound occupy a similar space to the quieter, more acoustic-based tracks which peppered Smashing Pumpkins’ Mellon Collie And The Infinite Sadness. It’s not all perfect, the droning, repetitive nature of the songs does at times lend to skipping forwards as they drag on, but no always. Numinosum is very much an album of the night. A record to spin when you’re up at 2 or 3 AM when you need something gentle to fill the emptiness of the house.

Although the name’s been around for a few years and they’ve had a CD which could be purchased through the bands website, they’re now safely tucked in on Al Jourgenson’s (Ministry/Revolting Cocks) record label, which he runs with his wife. This no doubt affords

Ascension Of The Watchers a certain amount of freedom when it comes to doing what they want to do. A difficult album to initially get into (as mentioned above) due to the fact that it’s unexpected you get the feeling on a bigger label they’d have been pushed in a more immediately commercial direction. Thankfully they haven’t. This is clearly where Bell wants to be right now and given time (i.e., more than five or six listens) it actually worms its way inside.

The sample at the beginning of the delicate “Like Falling Snow” goes “I didn’t know how empty my soul until it was filled” and that, more than anything else, shows where Burton C. Bell is at the moment. This is the record he had to make, it’s going to divide opinion and not everyone is going to understand or get it, but those who do will get a lot out of it. It looks like The Watchers are indeed ready to ascend. 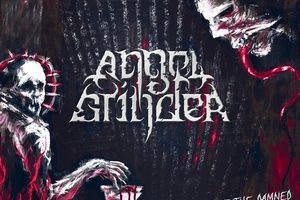 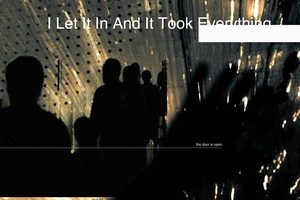 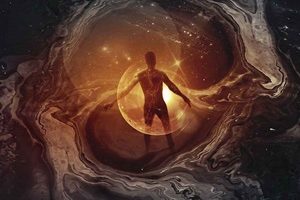