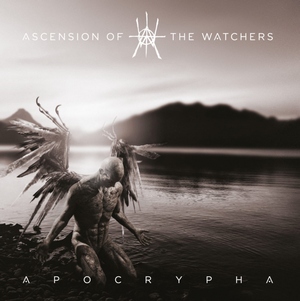 The dreamy gothic project of Burton C. Bell (Fear Factory) and John Bechdel (Killing Joke) has been floating around now for over 15 years at this point, even if there hasn’t been much physical material to hear. Demo Iconoclast hit the streets back in 2004 and was followed up by proper full-length Numinosum in 2008, but then it all went pretty quiet. In more recent years, the band has had rumblings and have been actively moving towards new album Apocrypha. Fortunately for long-time fans, Apocrypha has been worth the wait.

Most certainly an album that’s more about moody atmosphere than anything the two main players (Jayce Lewis also joined the act in 2017 and also produced the album) have been involved in, don’t come in expecting an industrial metal firefight if you haven’t check out the band previously. Owing more towards gothic metal/rock than anything else, the electronic touches have an occasional industrial and even alternative rock slant to them. Opener, and already released single “Ghost Heart” is about as heavy as the album gets, sonically. The slightly raw, melancholic and dark vibe gives off a slight’90s industrial laced with gothic moodiness (with just enough uplift in the chorus).

On the more downtrodden side of things, “A Wolf Interlude” has a pensive quality to it – gently moving through some gloomy vibes and moves into slightly more triumphant territory with an emotionally resonating chorus. “Bells of Perdition” hits some similarly dreary feelings, blurring those alt rock vibes with a certain sci-fi eeriness to them. Closing track “Sign Your Name” puts acoustic guitars in the forefront and finishes the album on a very poignant note, particularly with Bell’s vocal performance. But it’s not all drowning in sorrow after all. “Wanders” has a slightly more upbeat and playful tone without feeling too disconnected from the rest of the material and offers a nice change of pace before the album’s end. Instrumental “Stormcrow” has a dirgy industrial feel to it, and tends to stick in your head with its driving tempo and slightly ominous melodies.

Apocrypha is an album to sit with and let it resonate within you. It’s a soulful journey that has enough heaviness to satisfy metal fans but still works mostly off of a more atmospheric and gothic flavor packed with a genuine sense of longing and reflection. A must for fans of Bell’s clean vocals, or those seeking an emotional release that’s ripe for introspection.