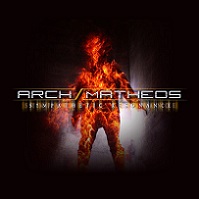 Always nice to hear John Arch’s voice. It’s as helium-induced as ever, that’s for sure, something that’s immediately evident on Sympathetic Resonance, which sees the singer

pair with former Fates Warning bandmate Jim Matheos. Essentially a Fates Warning album without the Fates Warning banner, Sympathetic Resonance gives Arch a platform in which to belt it outand man, does he ever. Too bad Matheos gave him a little too much leeway…there’s too much of Arch here. Can’t believe that was actually typed.

With Fates Warning being essentially dormant on the studio front since 2004 (the less metal-driven X), it’s reassuring to hear Matheos harkens back to his old progressive metal ways. There’s lots of grit here, as well as mounds of riffs and ideas, a lot of which are well-suited for a guy like Arch, who can find a slot on pretty much any riff. It’s not unlike the approach FW took on Awaken the Guardian, where Matheos’ complex song structures were never a concern for Arch – he was going to sing

over it regardless. The same applies onSympathetic Resonance, albeit in a much more modern fashion.

Of the six cuts (all of which are long and longer, save for “Midnight Serenade”), we’ll point to “Stained Glass Sky” and “Incense and Myrrh” as the winners. “Incense” probably takes the cake, as Arch and Matheos team up on a wonderfully-executed acoustic jam, one that has shards of the eerie melodies and mysticism of the duo’s formative years.

Awaken the Guardian part II this is not, and it’s exactly the kind of album Arch and Matheos needed to make to establish their own identity, away from Fates Warning’s glory period. Granted, more thought could have been put into how to use Arch, Sympathetic Resonance still has a marvelous shine and sheen to it. After all these years away, there’s no rust evident here. 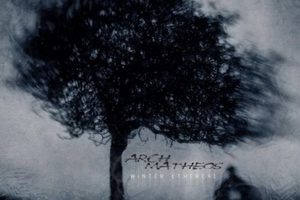