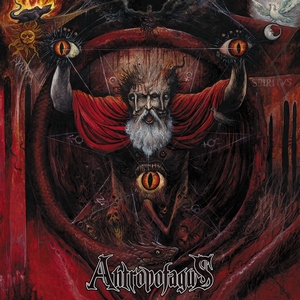 Utter savagery. Some albums need no more than a few words to really get the entire point across. It’s not a negative thing, if the band is doing that one thing well of course. And that gets us to Antropofagus’ latest, Methods of Resurrection through Evisceration (M.O.R.T.E.). A record that has seemingly been bathed in nothing but the most brutal and grooviest death metal riffs from beginning to end. But if it’s so simple, why can’t this scribe stop listening to it?

Nothing outside of the box, nothing so over the top with technicality that you’ll have to really hunker down and focus on the intricacy of the riffs – just plain brutal death metal. Other than the opening introduction, you won’t be given a chance to catch your breath from beginning to end. It’s not a blastfest either, but they can certainly push the tempo up to the velocity of their Italian death metal peers. Thankfully, there’s a love of thick, meaty grooves from start to finish – the kind that will make you eerily smile given the overall intensity of the material. It’s not melodic per say, but when you hear the kind of groove that a song like “Omnipotent Annihilation” veers into after going at full-blast, it’s bound to make you grin at the sheer amount of devastation coming out of the speakers. The sound is perfectly matched for something like this – thick and gritty, but clear enough to hear the occasional leads and the vocals sit at just the right level where they accentuate the brutality instead of being too far forward into it.

While it may be good ole meat & potatoes brutal death metal, it’s easily one of the most memorable and enjoyable in recent memory. It’s super intense and keeps you at full attention from beginning to end. Plus it’s fun! In the same way that First Fragment made a tech death album that was essentially joyous, Antropofagus have managed to achieve the same sort of feeling within brutal death metal. Bravo.