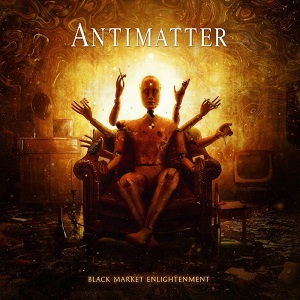 Conversation has already begun among the DR staff regarding our best-of the decade lists, of which should be out and about around this time next year. (Mark your calendars!) Indeed thousands of albums must be consolidated into a single list that will likely be no greater than 30. A daunting task for sure, although this scribe is quite certain Antimatter’s 2015 The Judas Table will take the top spot. The Mick Moss-led dark rock project showcased an uncanny ability to pen affecting songs that were carefully embellished by the man’s considered vocals and deft acoustic guitar work. Following up such a world-beating album is an impossible task, which is why Moss has expanded Antimatter’s universe on Black Market Enlightenment.

Antimatter/Moss has gone heavier, although that doesn’t necessarily mean the man has fully adopted metal. Rather, the production is thicker, leading to more layers of guitars, as so found on the striking opener “The Third Arm” and graceful “Wish I Was Here,” which captures fluent lead work among outside instrumentation. Moss does occasionally get himself into a log-jam on the plodding “This is Not Utopia,” perhaps the only real miss on the album.

The opening-up of Antimatter’s sound shines through the most on “Sanctification,” a cut that starts with one of Moss’s patented sullen guitar lines, eventually turning into a prog-rock jam that rounds up a saxophone and qamancha solo, the latter also popping up on “Existential.” “Between the Atoms” could be Antimatter’s most “metal” track, Moss and company banging into a Tool-like whirl, while “Liquid Light” serves as the proverbial dark-cloaked album closer.

Moss can easily lay claim to the idea he’s never written the same album two times in a row, something that holds firm on Black Market Enlightenment. No, it doesn’t match the superlative The Judas Table, but the sound of Moss’s plaintive vocals, delicate, smart arrangements and penchant for darkness still makes Antimatter a band to behold and cherish. 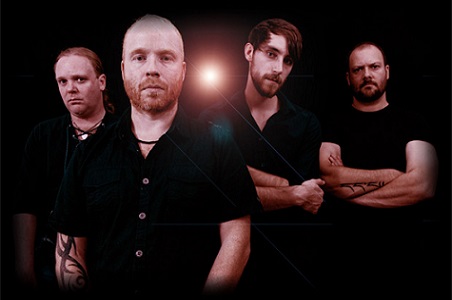