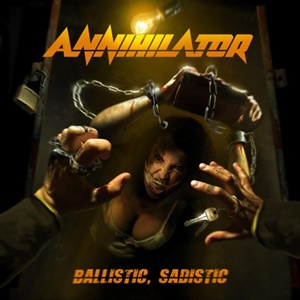 In high times and low times, Annihilator has been pushing out new studio albums since the late 80’s – churning along a steady following that appreciates their metal style. Jeff Waters is always good for the catchy riff and impressive lead break – injecting finesse, speed, and melody throughout his catalog. Taking over on vocals since 2015’s Suicide Society, he is also aware of improving as much as he can in that aspect to elevate the band’s groove-oriented melodic thrash style to distinction – not an easy feat considering having the likes of Randy Rampage, Coburn Pharr, Joe Comeau, and Dave Padden in their ranks. Ballistic, Sadistic as the latest Annihilator offering assembles the best aspects of diversity and skilled, technical-laden songwriting to create a record that bridges the past to the present.

Because Jeff chooses to handle all instrumentation in the studio beyond drummer Fabio Alessandrini, there’s a streamlined sense of tightness and strength that keeps the material focused, intense, and sharp while damn catchy. It’s hard to resist the forceful, razor wire licks and steamroller riffs for “Armed to the Teeth” where the mid-tempo transitions crush your ears, or the stairstep axe maneuvers against the steady thrash barrage during “Out With the Garbage”, Jeff matching the rhythms vocally in scything commander mode. Sometimes elements of Never, Neverland come into specific tracks – the progressive guitar and bass moments for “Psycho Ward” probably the most evident, featuring another simplified but super hook effective chorus that audiences will happily scream with the band when aired live. Aware of the fact that even in thrash you can’t stay stuck in one gear, when the band chooses to get more groove-oriented in mid-tempo slots, we get a track like “Riot” that jumps out as hair windmill mandatory, a churning anthem that releases anger into energy in all the right places. The lead breaks are still upper tier level – always good for those stunner, mesmerizing moments (“The Attitude” and “Lip Service” fill that need), keeping the songs on that steady four to five-minute and change template that ensures little if any audio fatigue.

Annihilator may never reach the Big Four status in terms of respect or popularity – but it’s commendable that Jeff and the boys know their lane and continue to deliver high quality melodic thrash with groove, hooks, and semi-technical twists. Ballistic, Sadistic succeeds in keeping the followers happy, and should get the people clamoring to catch this act live wherever and whenever they can. 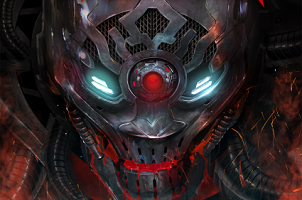