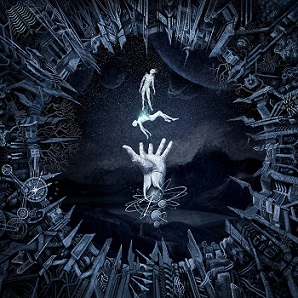 After succumbing to both a questionable change in direction come 2002’s Cypher, followed by a full-on name change to Havoc Unit, Finnish black metal ensemble …And Oceans are making up for lost time with their first studio album in 18 years, Cosmic World Mother. When the Finns happened upon the scene in the late ’90s, they were immersed in the throes of symphonic black metal, essentially picking up whatever scraps that were left over from Dimmu Borgir. With the black metal slate as messy and crowded as ever, …And Oceans have returned with an album that helps them ever-so-nimbly slip back into form.

Eleven cuts here, with one instrumental, so, basically, it’s ten slabs of fiery, blast-attack black metal. This, of course, leaves little room for dynamic sprawl, but that’s not the point — …And Oceans keep everything at its most visceral, then touch it up with melody, which works to maximum effect on the excellent “Vigilance and Atrophy” and “Five of Swords,” coincidentally, the first two singles released ahead of the album. Matters get pushed on the title track where a red-thread guitar melody at tremolo warp-speed solves the equation with keyboards working somewhere in the background. It’s about as extreme as melodic black metal can get, and even comes with its own techno-synth breakdown!

The spare break in tempo does occur on “Oscillator Epitaph” and album closer “The Flickering Lights,” but they’re mere footnotes on an album that is surprisingly brazen. The …And Oceans of 2002 hardly resembles the …And Oceans of today. Perhaps that’s the point of their reunion: Cosmic World Mother envelopes everything they did beforehand.