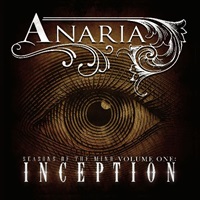 New Hampshire may not be the likeliest of locations for a symphonic metal band such as Anaria to develop – yet that’s their locale, and currently creating a healthy buzz for their brand of catchy songwriting and powerhouse vocals. Their latest recording Seasons of the Mind Volume 1: Inception represents a two year journey from start to finish, and as listeners the fruits of their labor give renewed hope that the New England metal scene should be gaining more international acclaim.

The 7 tracks provide an array of dynamic moods, layers, and subtle textures that aurally give Anaria quite a canvas to paint ideas in broader strokes while still retaining the necessary melodies and catchy hooks their fans love. Guitarists Dan Spinney and Chad Niles provide the electric foundation in push and pull mannerisms – going full force when called for on heavier cuts like the Kamelot-esque “Aurora” and equally driving “Ignition”, while being more thoughtful in restraint on the accessible “Intoxication”. Bassist Kevin Brady lays down a heavy foundation on the first single/video track “Covet”, the exotic main riff slithering its way into your cranium immediately while vocalist Jessica Mercy’s ‘I cannot control’ refrain swirls about for equally instantaneous audience sing-a-long action.

The stars for Inception in my eyes are drummer Zac Paquette along with the aforementioned Miss Mercy. Zac’s drumming has that impressive duality of being very solid in its grooves but also magically powerful and occasionally progressive in terms of his double bass hits, cymbal work, and fill mechanics. Check out the closing “Constellations” where the chorus contains a semi-disco/shuffle passage that rivals artists like Amaranthe and Pain of Salvation, while “Ignition” contains that gallop and fury you’ve come to know and love from say Casey Grillo (Kamelot) or Mike Portnoy. Jessica’s range has everything from Ann Wilson of Heart to Simone Simons of Epica in mind – rich, vibrant, ascending to the upper heights while also being tender during the necessary moments (the verses of “Intoxication” especially).

Beyond celestial titles, smart use of keyboard orchestration, and the proper, professional production values from Drew Thompson Hooke, Anaria should gain massive appeal because of their talent and ability to connect through their words and music while not necessarily mirroring a specific band or scene. If this is Part 1, one only hopes that the sequel will see the band touring globally and making a living from their art. Bravo, Anaria. 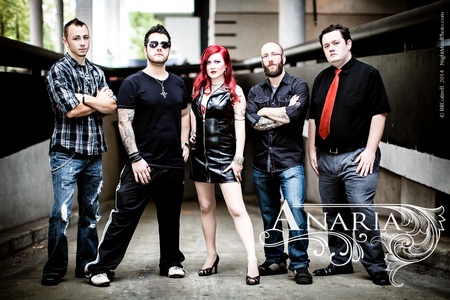