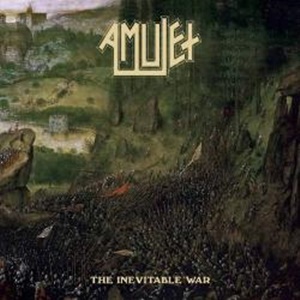 Changes are afoot in this UK act since their previous full-length The First came out in 2014. Only lead guitarist Nip Blackford and rhythm guitarist Marek Heathen Steven remain, as bassist/keyboardist Sam Mackertich, drummer Neil Ganesha, and vocalist Federico Mace Mazza round out the current Amulet lineup – striding into fresh horizons for the second album The Inevitable War. One can sense immediately that these musicians not only live for an 80’s traditional metal template in style, but wish to convey that same potent, in your face aesthetic from the instrumental tones all the way through to the production values.

Versatility continues to be a hallmark of the Amulet approach – the band understanding the need to throw in dynamic breathers be they tranquil acoustic instrumentals with added nature/bird sequences for “La Noche de las Graviotas” or the quick movie soundtrack clip that gives chase to Neil’s thunderous fill-work for “The Satanist”. Futuristic/cyberwave keyboards give “Burning Hammer” a distinct Judas Priest/ “Turbo Lover” feel, even as the main guitars and singalong chorus still wave the flag high for sturdy, classic metal. Galloping tempos, searing lead breaks, and the buildup of catchy hooks during the instrumental sections speaks to the band’s affinity for early Iron Maiden, Dio-period Black Sabbath, and of course a healthy love for Judas Priest – while Federico’s multi-octave resonance hailing to the heavens matches the traditional power compositions to a tee. It’s hard not to clap, cheer, or throw fists to “Siege Machine”, while Steve Harris-like bass action keeps the slower lurching “Poison Chalice” a second half banger, the snare hits and subtle tempo shifts welcome to drive the main riffs and exotic touches home. Ending the album with an eight-minute plus epic for the three-part “Roundhead” which allows all the members to stretch their horizons, it’s apparent that the record easily could have been put out in 1984 as easily as it appears in 2019.

We know plenty of old-timers miss this classic, standard approach – Amulet as a recent purveyor in this style since 2010 prove with The Inevitable War that twin-guitar driven heavy metal will never, ever die. 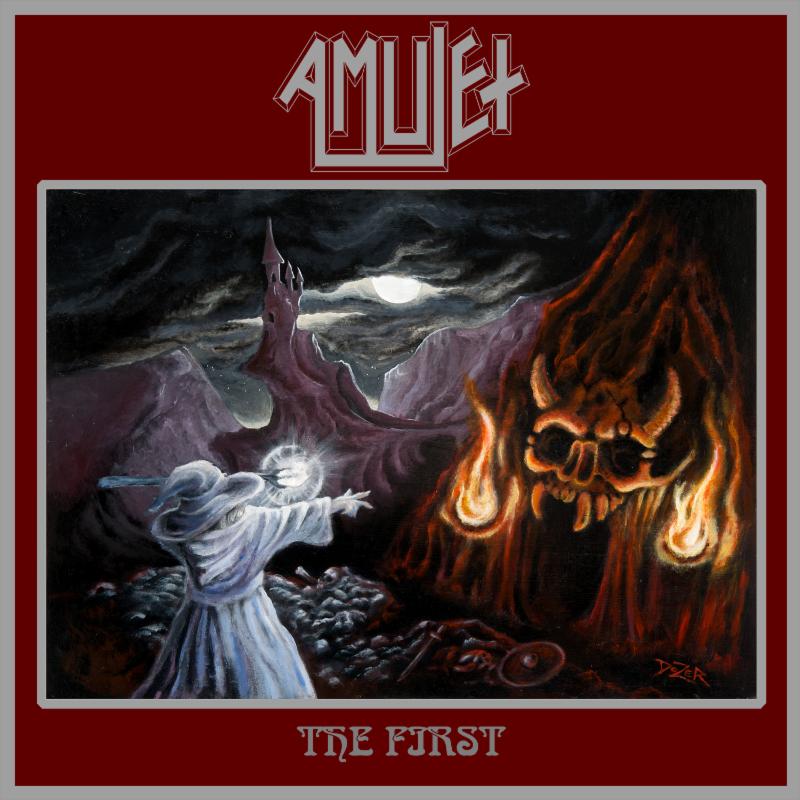 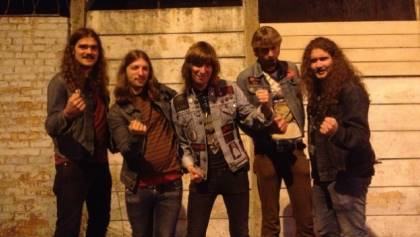