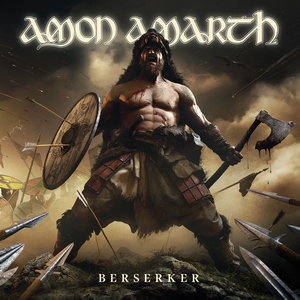 If there’s a name in metal that many can recognize and associate it with some considerable consistency, Amon Amarth is going to be one of the first to be credited. They’ve made some huge strides in visibility over this last decade or so, and even if you critique the fact that many albums go in a similar direction, you can’t deny the overall quality that goes into them. Going into this same naysayer debate, it’s also quite clear that this time around, Amon Amarth are okay with stepping outside their comfort zone while keeping to their expected high standards.

Opening up the album with acoustics for the first minute is an unexpected move for the band, but a delightful and enjoyable one. “Fafner’s Gold” may later dip into the usual Amon Amarth tried and true heavy riffs and playful/triumphant melodies that open the track to be the lead-off in any upcoming tour, but the stage is set at this point for the band to deliver some new tweaks to the formula. “Crack the Sky” follows things up with the band’s natural tact for bringing out some excellent mid-tempo melodies, and despite a slightly less heavy take than the usual, it works for the song. It’s catchy (particularly the sing-a-long chorus) and still carries the band’s trademarks – particularly with Johan Hegg’s instantly recognizable and decipherable charismatic bark. “Mjolner, Hammer of Thor” stays true to this idea and inserts a clear traditional metal influence (such as that Iron Maiden-esque gallop and melodies) and it’s unquestionably addicting. But don’t think the band has gone and softened their formula just yet. “Shield Wall” has plenty of mid-tempo crunch to it, and “Raven’s Flight” follows suit shortly thereafter with some effective bone-crushing riffs and just the right amount of accompanying melodies. Of course, some manage to pull off both sides of the equation nicely, such as the acoustic-to-thrashing “Ironside” and the epic and catchy finale that is “Into the Dark.”

While Berserker is far from a re-invention of the band’s sound, it’s definitely a step into different territory for Amon Amarth. There’s some definite growth to the band’s sound that should make them more palatable to a larger audience (which they are at the cusp of overtaking at this point to begin with) while giving the veteran fans plenty to cheer about. At the end of the day, it’s another consistently excellent album from Viking metal’s flagbearers.