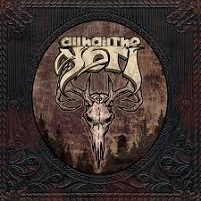 In this scribe’s domicile, only a dark metal band from Sweden, a constantly under-performing football team in the AFC North, and a Japanese Chin are immune to criticism. Everything else is fair game, including the various albums that are up for review on the very site you’re reading. Therefore, upon hearing the self-titled debut from All Hail the Yeti, my doting girlfriend gave it a resounding thumbs-down, thus clouding the album’s prospects for a positive review. And if there’s one thing you learn with chicks, it’s that they’re always right. Even when you know they’re wrong, they’re right. Always.

A bit of a weird signing for the usually power metal-dominated AFM, All Hail the Yeti take grunt and blunt modern metal and try to spin it as fresh and quirky. They’re like a more barbaric Clutch, just without the sensational wit and flair for loveable weirdness. Instead, AHY hit us over the head with over-used riffs and overbearing vocals from Connor Garrity, whose rather manly roar seems to run against the current of the band’s attempts at storytelling (see: “Suicide Woods”). While his spoken-word bit on “Judas Cradle” is good for a step outside of the box, for the most part, Garrity sounds like he’s in the wrong band, better suited for traditional death metal or thrash.

Goofy band name aside (it’s actually better than lot of serious monikers), All Hail the Yeti don’t have enough girth around their flannel shirts to make any headway in the leftover groove metal bin. Frankly, there’s really no place for a band like this; they’re total oddballs and not because on an aesthetic level, they appear to be as such. This one just doesn’t feel right nor is it enjoyable. Never doubt a woman’s intuition, right?