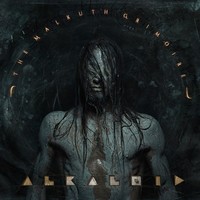 One of 2014’s biggest bummers was the departures of Christian Muenzner and Hannes Grossmann from Obscura. Thankfully, it didn’t take long for the two of them to announce their newest band, in combination with Linus Klausenitzer (also of Obscura), Danny Tunker (of Aborted), and Morean (of Dark Fortress and Noneuclid). Supergroup being a term not even giving justice to the talent involved here, the band’s mission statement was to merge extreme metal with more diverse genres of music to craft their unique vision. Alkaloid did some successful crowdfunding in late 2014 and The Malkuth Grimoire is the result of those efforts.

A gargantuan opus with 12 tracks and almost 74 minutes of music can initially be daunting. However, due to the impressive resume of the players involved, there really isn’t a dull moment to be found in the proceedings. Those looking for blistering death metal may find themselves a bit underwhelmed, but the band does acknowledge its origins with the scorching “Alter Magnitudes” (which is also the closest the band comes to reaching Obscura territory). With the members’ prowess, there is definitely a technical side to this band, but it never gets in the way of good songwriting. In fact, one of the strongest facets of Alkaloid is that they merge these moments of dizzying ability with ear-candy that almost seems too catchy. But it works, far better than one might expect. Take the circular, 4-track sequence of “Dyson Sphere” for example. Part II features some rather memorable vocal lines from Morean, while Part III sees the rest of the band at one of their most melodic moments of the disc. But then Part IV pulls some massive groove, alongside a few moments of blastbeat-driven fury, to serve as a reminder that Alkaloid is meant to explore both the melodic and the extreme. Some other highlights include the stomping groove of “Cthulhu,” the synthesized sci-fi craziness of “C-Value Enigma,” and progressive yet forward-driving final track “Funeral for a Continent.” Truth be told, there’s not really a song here that doesn’t stand out in some way.

Despite the expectations and the pedigree involved with Alkaloid, The Malkuth Grimoire oozes with progressive death metal splendor. Taking elements that the bands that form Alkaloid and merging them with a science fiction atmosphere and progressive melodies have given the band an edge and gives listeners a unique spin on a sound that is still familiar and inviting. A rare instance where a supergroup becomes more than the mere sum of it’s parts, and easily one of 2015’s finest moments thus far. 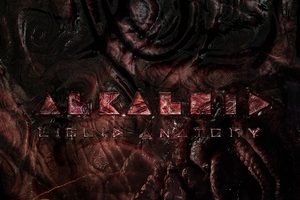 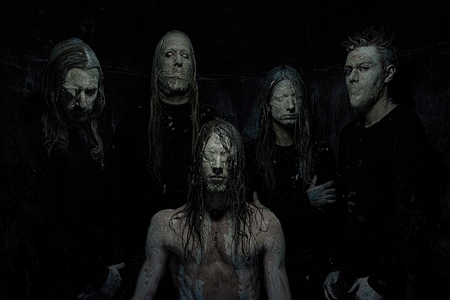