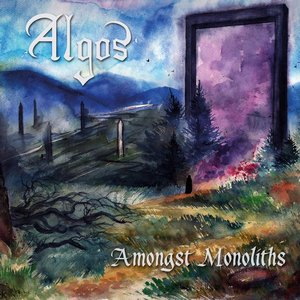 Algos initially impressed last year with their debut album, The Death of Seasons. A doomy, melodic death metal affair, it stood out for its ability to retain some aggression in the mix, as opposed to the usual gloomy and downtrodden approach. Amongst Monoliths keeps what worked last time around, but adds more dimensions and emotion to the overall approach.

Steeped with melodic death metal riffs and more doomy slogs, what works for Algos is that it doesn’t feel like the standard fare. As mentioned already, the melodic death metal riffing can have a more aggressive edge to it than you might expect (think along the lines of Dark Tranquillity’s The Mind’s I in some regards) to counteract the more majestic, doomy sound of bands like Be’lakor or Swallow the Sun. “Metempsychosis” and “Corruption Defined” take a more punchy approach, but still maintain a certain grandeur to them. Algos also keep up a more upbeat tempo at points (“I Am Sin”) and from this come some excellent melodies. In fact, some of Algos’ strongest moments stem from the ability to merge the guitar riffs and underlying piano/synth into something that sounds emotive and rich. Plenty of bands utilize a similar technique, but Algos just seem to make a home run every time this effect is executed. Pick a song and you can find more than your fair share of soaring melodies/harmonies involving guitar, piano, or both. And over the course of an almost 70-minute album, nothing feels repeated nor becomes stale in presentation.

A notable step-up in terms of composition and emotion, Algos’ second album reaches to greater heights than its predecessor. Equal appeal to the melodic death and doom fan, there is some delicate craftsmanship to each track to design a tone that flows while covering plenty of ground. All of this coming from a one-man act is even more impressive. Amongst Monoliths should solidify Algos as a band worth digging into the underground for. 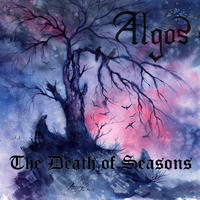