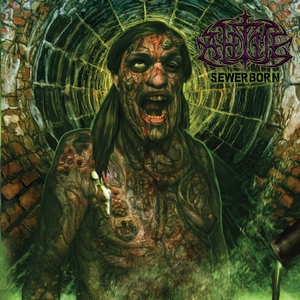 Missouri-based death metal act Ahtme brought forth their first release (technically known as The Roman Holiday upon initial release in 2013), The Demonization, back in 2016. We fast-forward to the present, with follow-up Sewerborn leading the charge into more direct and blunt death metal ways than many of the current Unique Leader roster. But it does unfortunately carry with it an Achilles’ heel.

With a title like Sewerborn and the opening track “Lord of Shit,” eloquence is something to be left at the door. But the murky and slimy ooze that surrounds the band is perfectly fitting. ‘Tis death metal after all, and they show little trouble in demonstrating just how heavy and dark they can be. There’s certainly some technical flourishes to the band’s repertoire, but not the cold and clinical variety. These are assaulting and blunt tracks that feed off of aggression. The timeless approach of Cannibal Corpse or Hate Eternal does come to mind (as it did with the debut), as there’s a level of intricacy to the music but never at the expense of providing some bone-crushing flavor. The band does switch things up with dynamics, but carnage is always at the forefront of any moment in time, and this is where things get somewhat problematic. An album like this is best to run about 30 to maybe 40 minutes tops – Sewerborn sits at a staggering 50-minutes. With the songwriting style present, it’s simply too much to digest in one sitting. There’s no track that is particularly cumbersome (or lacking in ferocity for that matter, sans the “Sea of Sand” interlude), but taken as a whole it’s challenging to sit through.

There is much to enjoy about Sewerborn if brutal and unrelenting death metal is your passion. In fact, some genre die-hards will easily champion what the band is doing due to their musicianship and execution. But what could have been an explosive 35-minute album stumbles with an extra 15-minutes of tacked on brutality to the point where the brutality begins to become tedious. 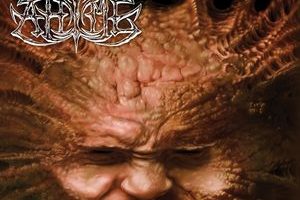 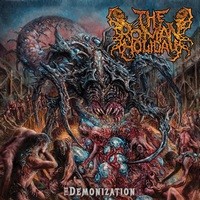