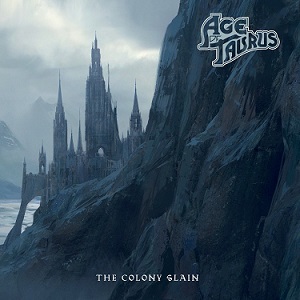 A shift in sound coupled with lineup changes…not exactly a good recipe for a sophomore album, eh? For English quartet Age of Taurus, their 2013 Desperate Souls of Tortured Times was, apparently, just a one-time shot across the traditional doom bow. While the album received its share of praise (their association with Rise Above probably helped drive some of that home), bandleader Toby Wright apparently saw fit to reshape Age of Taurus into more of a pure-bred, if not near-NWOBHM hugging outfit on The Colony Slain.

Now joined by former Cathedral bassist Leo Smee and second guitarist Daniel Knight (drummer Darius Claydon remains the other holdover alongside Wright), Age of Taurus has shed the vast portion of their doom underpinnings. In its place are lumbering, mid, to up-tempo jaunts that when paired with Wright’s folk-like vocals, create instant separation from the band’s peers. Wright’s vocals are certifiably British, perhaps too much so — his vocal patterns start to get a hair familiar by the time fourth cut “In Dreams We Die” comes about, but point being, he’s venturing into difficult territory. Writing tuneful, in key, near-soaring vocals in this sphere is hard to do.

Luckily, Age of Taurus has some mighty, persuasive riffs at their backing, like the power chord-heavy “From the Hills to the Halls,” the prog lean-in of “For Treason We Rise,” and perhaps most notably, the title track, which not only finds Wright spreading his vocal wings, but also Age of Taurus getting down with some killer groove-rock.

The safe route or path of least resistance this is not. Age of Taurus has done what most bands simply dream about in their rehearsal rooms — altering their sound and reversing course. It has worked on The Colony Slain. An English doom band leaving their roots behind only to embrace more of their home country’s metallic roots? Sounds about right. 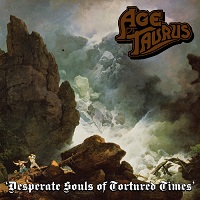 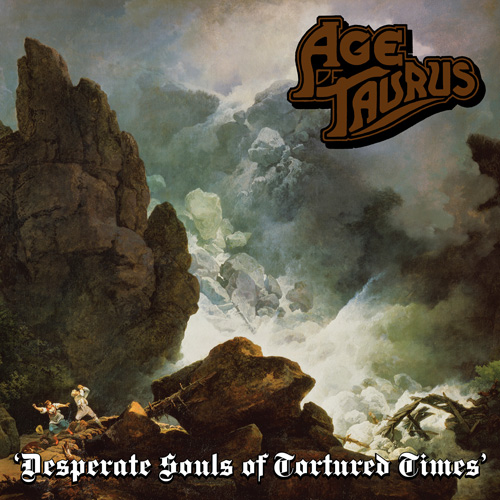