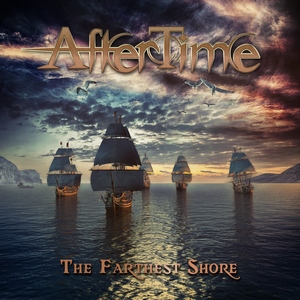 Minnesota-based symphonic metal band AfterTime leapt right into the fray with their 2017 debut EP, World’s We’ve Lost. One could hear the influences of the big acts within the European market (Nightwish, Within Temptation) but at the same time, it was played with such gusto that it was hard not to get caught up in its fervor. Three years later and the band has brought forth their first full-length album, The Farthest Shore, and it really capitalizes on the promise showcased last time around.

One could argue that there’s a ton of symphonic metal out there already, and The Farthest Shore doesn’t do much to step outside of the more traditional boundaries. However, one of the band’s strongest suits is something that even many veteran acts have trouble with – condensing grandiose epics into a more bitesize and consumable morsel, all without losing the essence and grandiose appeal that genre commands. Besides the more epic concluding and opening statements, the tracks seem to be pretty comfortable in the 4-5 minute range. There’s no meandering, or leaning into bombastic segments ‘just because,’ instead the tracks sail ahead with purpose and meaning behind them. “A Journey Itself” has that triumphant and adventurous spirit in it, complete with soaring symphonics, slow down into more gentle and almost Celtic vibes and flute, some driving midtempo riffs, and Sarah Wolf’s commanding vocal performance on a triumphant chorus – but it moves quickly so that it never loses impact or dulls itself. Likewise for the rousing “Planetary Eyes,” with a playful yet heavy stomp to it alongside a fleshed out orchestration that will leave the listener exhilarated.

But as mentioned, the band can and does try out some lengthier tracks, with the almost 9-minute “Battle of the Sea” and fully epic 13-minute title track for its finale. Here the symphonic piece (as well as choir) aid in providing something dramatic and realized, but never bloated. There’s a real cinematic viewpoint to this, especially on the title track, that manages to spiritedly rises up while providing some more gentle and emotive moments, even providing some excellent guitar-based segments as well (something symphonic bands have a tendency to look over).

The Farthest Shore gleefully hits all the marks that you could want from a symphonic metal album. The fact that it’s only AfterTime’s first full-length should case some heads to turn as they have an excellent grasp on what works, as well as what doesn’t. If this release is any indication, expect AfterTime to really spread their wings and raise their potential further for next time. 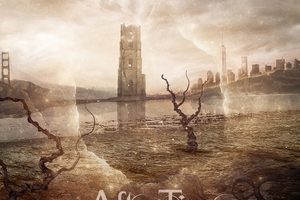