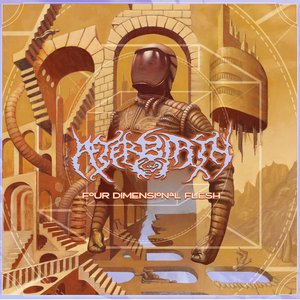 Oddly enough, it didn’t seem like Afterbirth’s first full-length in 2017 made a huge splash in the extreme metal scene despite the creative vibes that fueled it. The blend of progressive, sci-fi, and brutal death metal was entirely on-point, and left an undeniable impression after the first listen. With any luck, sophomore effort Four Dimensional Flesh will give the band a deserved boost as it continues on in all of the strangely fascinating ways of its predecessor.

Trippy atmosphere, melodic and progressive textures, and some visceral riffing all round things out for Afterbirth’s latest release. Along similar lines to The Time Traveler’s Dilemma, there’s much more to be taken in than what you might initially think. From the get-go, there’s the instantly recognizable vocals of Will Smith (also of Artificial Brain), who hits those ultra-low gurgles with aplomb. Something that fits perfectly to the band’s overall setting. Some heavy-hitting riffs also catch the ear, and while not going out of their way to ramp up the speed at all times, they do have some effective blastbeat-ridden segments to get the adrenaline going (“Spiritually Transmitted Diseases”). But this is far from a simple smash and destroy session. The eerie, sci-fi atmospheres that they sweep through the music, with some very effective interludes (a la “Dreaming Astral Body”), give it a more cinematic feel. The somewhat esoteric melodies also give the band an added depth, such as on “Blackhole Kaleidoscope,” which offers up a vibe that is as catchy as it is otherworldly as the track progresses. The overall concoction is something that displays the level of care the band placed in developing a sound that is brutal, but has many layers to it.

Four Dimensional Flesh is another excellent offering from Afterbirth that nuances a mixture of brutality and sci-fi atmosphere. The more methodic pacing helps it to stand out from the pack of overtly technical acts while still including enough progressive punch to satisfy that urge as well. 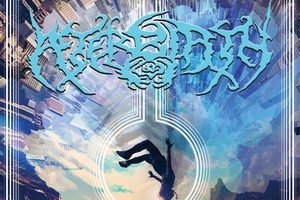